At the Buzzer: Indiana 73, Bellarmine 49 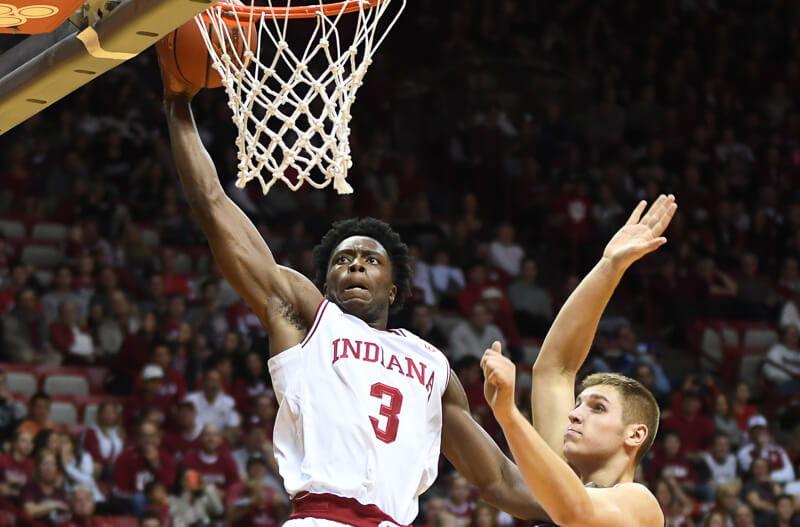 How it happened: Indiana’s offense was average compared to what we’ve seen the Hoosiers produce in recent seasons, but it was still a comfortable win over one of the best programs in Division II. Why? Defense. Indiana used its length to contest shots and get into the passing lanes throughout the evening. The Hoosiers forced Bellarmine into 20 turnovers and limited the Knights to .72 points per possession. Indiana’s effort defensively allowed it to overcome a below average shooting night, particularly from behind the arc. Indiana hit just six of its 29 3-point attempts, but still won comfortably.

Standout performance: OG Anunoby. Based on his play throughout the first two exhibition games, Anunoby’s name will be appearing frequently in this space. At one point in the second half, he had more points than Bellarmine’s entire team. The sophomore from Jefferson City finished with a game-high 25 points (on 10-of-11 shooting), including several impressive dunks, in 26 minutes. Anunoby also had six rebounds, two steals, two assists, a block and just one turnover.