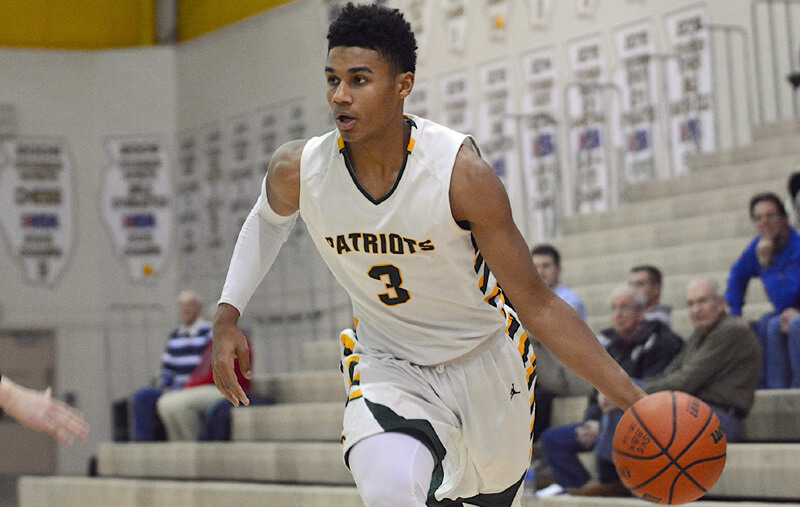 Indiana added to its 2017 recruiting class on Monday night with the commitment of four-star forward Justin Smith.

Smith, the No. 76 prospect nationally by the 247Composite, averaged 17 points, 8.2 rebounds and 2.2 assists at Adlai Stevenson high school (Ill.) as a junior. He chose Indiana over Villanova and also considered Michigan, Stanford, Xavier, Wisconsin and Illinois.

Inside the Hall spoke with Smith one-on-one to discuss his pledge to the Hoosiers and much more. Here’s a transcript of our full Q & A:

On why he was ready to commit:

“Going into this fall period, I was very much looking forward to just figuring out where I wanted to go to college, which would allow me to focus on my high school season. So that was the main reason I took all of those visits early and then committed when I did.”

On the visits he took this fall besides his official trips to IU and Villanova:

On why Indiana was the right fit for him:

On his relationship with Tom Crean and assistant coach Rob Judson and the importance of those relationships in his decision:

“I have a great relationship with both of them, that’s why I’m going to Indiana. I visited Indiana probably the most out of any school. We got to build a relationship with the two of them, my family got to know them really well. That’s what contributed to the decision.”

On the biggest thing he learned on his official visit:

“Just seeing how hard the team works, how hard the coaches work and how they work together to try and reach a common goal.”

On what he wants to show in his final high school season and his individual and team goals:

“As a player, I just want to get better at creating my own shot and being able to be counted on by my team to go get a basket or go make a big play. As a team, our goal is to win a state championship. That’s what I’m looking forward to.”

On what he’s looking forward to the most when he thinks about his future at Indiana:

“When I visited there, I saw a couple of games and the atmosphere is crazy. It’s electric. I really want to be a part of it.”