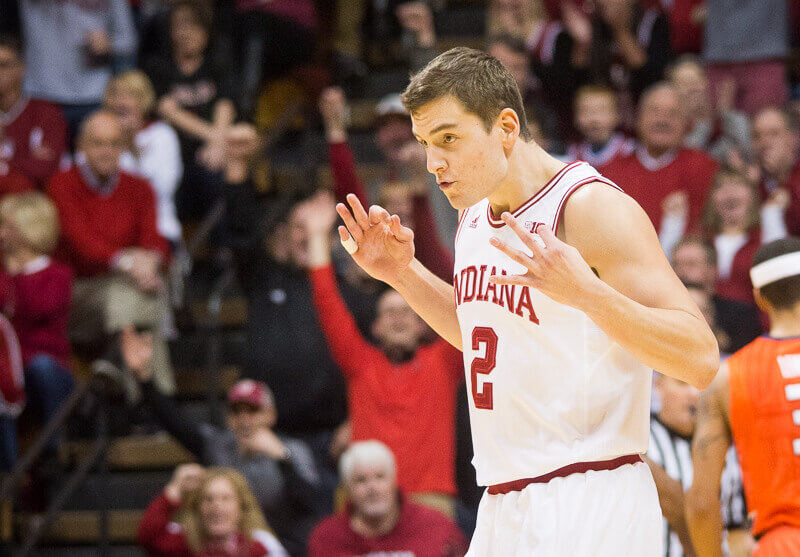 Former Indiana guard Nick Zeisloft has agreed to a contract with the Indiana Pacers, the team announced on Thursday.

Terms of the contract with Zeisloft were not announced, but Scott Agness reported that the deal is for $25,000 guaranteed and includes an invite to training camp.

“I am very excited and very blessed for the opportunity the Pacers have given me,” Zeisloft told Inside the Hall. “Thank you for everyone on their coaching staff and in their front office for making this a possibility. It’s been a long road to get to this level and will take a lot more hard work to succeed here. Proud to be a Pacer.”

In 69 career games at Indiana, Zeisloft averaged 6.6 points per game and shot 43.2 percent from behind the 3-point line. The Pacers have a Development League affiliate in Fort Wayne, the Mad Ants.

Zeisloft had a pre-draft workout in June for Dallas, but did not play in the NBA Summer League.