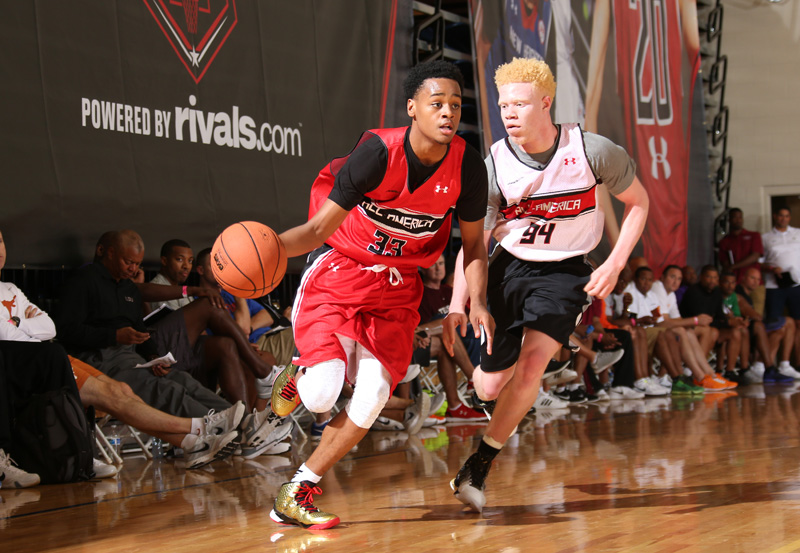 The Big Ten will welcome plenty of new talent into the league for the 2016-17 season in the form of incoming freshmen, transfers who will become eligible, redshirted players from last season and graduate transfers.

Here’s a ranking, from 14 to 1, of the incoming classes heading into the 2016-17 season. All players are freshmen or junior college signees unless otherwise noted:

14. Rutgers
Additions: Issa Thiam (247Composite rank: 238), Matt Bullock (247Composite rank: 363), Candido Sa
Why they’re here: It’s going to be a long road for Steve Pikiell to build Rutgers into a respectable program. This class is unlikely to help move the needle, which means the Scarlet Knights need to do major work in the 2017 class and beyond.

13. Wisconsin
Additions: Aleem Ford (247Composite rank: 342), D’Mitrik Trice (247Composite rank: 357), Andy Van Vliet (redshirted last season)
Why they’re here: Ford and Trice (both from IMG Academy) were unknowns when they committed to the Badgers this spring, but the key piece here is Van Vliet. The Belgium native is the talltest player on the roster at 6-foot-11 and is reportedly a very good shooter from the perimeter.

12. Illinois
Additions: Tejon Lucas (247Composite rank: 142), Kipper Nichols (Tulane transfer who becomes eligible by midseason at the latest)
Why they’re here: Lucas figures to crack the rotation as a freshman, but Tracy Abrams is the starter if he can stay healthy. Nichols, a transfer from Tulane who plays on the wing, has drawn praise from John Groce in offseason workouts. However, it’s not known if he’ll be eligible at the start of the season or after the first semester.

10. Purdue
Additions: Carsen Edwards (247Composite rank: 118), Spike Albrecht (graduate transfer from Michigan)
Why they’re here: The Boilermakers are lower than this on many of the Big Ten team rankings, but Edwards is a steady point guard who can help fill a need. And Albrecht, if healthy, should also be a member of the rotation.