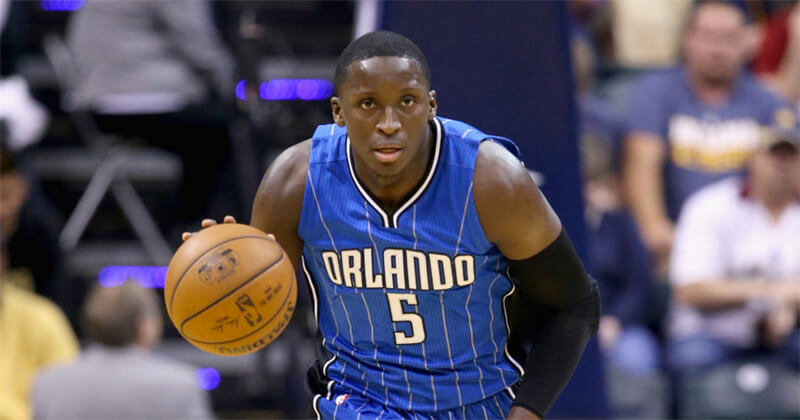 Former Indiana All-American Victor Oladipo was traded from the Orlando Magic to the Oklahoma City Thunder on Thursday as a part of an NBA draft night deal.

The trade, as reported by Adrian Wojnarowski of The Vertical, sends Oladipo, Ersan Ilyasova and the rights to the No. 12 pick, Damontas Sabonis, to Oklahoma City in exchange for Serge Ibaka.

Orlando will send Victor Oladipo, Ersan Ilyasova and rights to Sabonis to the Thunder, sources said.

Oladipo, who is entering his fourth NBA season, was the No. 2 pick by the Magic in the 2013 NBA draft.

I just wanna thank the Orlando Magic organization for a great three years. The entire city of Orlando, my … https://t.co/NjzSdzACuK