Quinn Buckner appointed to Indiana University Board of Trustees 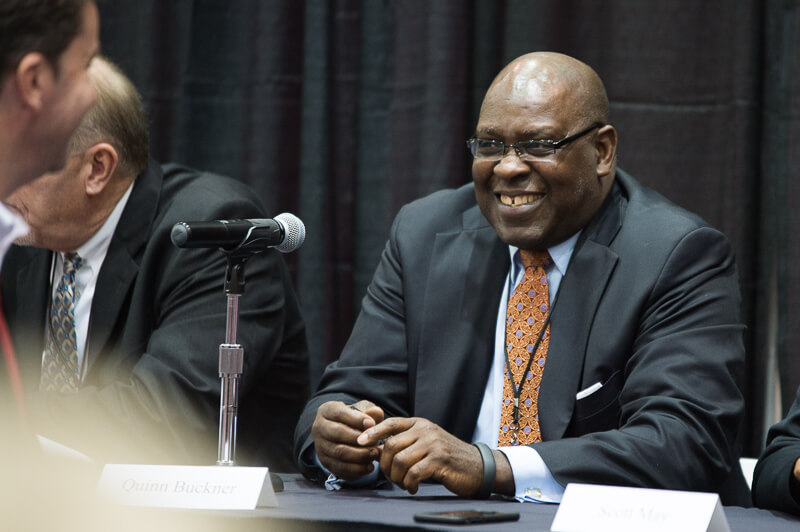 The point guard of the last undefeated championship team in college basketball, Quinn Buckner, was appointed to a three-year term on the Indiana University Board of Trustees on Friday by Governor Mike Pence.

Pence announced both the appointment of Buckner and Melanie S. Walker in a release.

“Quinn Buckner is a business leader, philanthropist, Olympian and Hoosier basketball legend,” Pence said of Buckner in the release. “He epitomizes the Hoosier spirit and tradition that are synonymous with Indiana University and will do a tremendous job for IU.”

Buckner, 61, is the current Vice President of Communications for Pacers Sports and Entertainment and is also a television analyst for the Pacers

The Illinois native was a member of four Big Ten championship teams at Indiana, including the undefeated 1976 team that finished 32-0. Buckner also won a gold medal in the 1976 Olympics for USA Basketball.