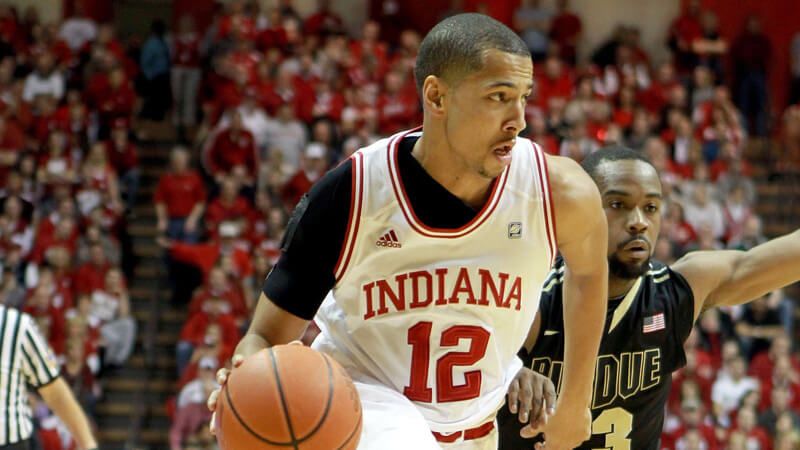 In this edition of the show, Morris and Inside the Hall editor Alex Bozich are joined by former Indiana guard Verdell Jones to discuss his time in Bloomington and life as a professional basketball player.

· The Christian Watford shot and whether he still thinks about it today
· Verdell’s professional journey and where his career has taken him
· His decision to play in the D-League this past season rather than overseas
· The connection that brought him to the Santa Cruz Warriors, the D-League affiliate of the Golden State Warriors
· Life in the D-League and what it’s like versus professional leagues in Europe and Japan
· How he would advise a player leaving early that had to choose between Europe and the D-League
· What it was like his first three seasons at Indiana when the program was struggling
· The pivotal win during the 2011-2012 campaign that was a springboard for the season
· How difficult it was to lose the end of his senior season due to injury
· The toughest Big Ten road environment to play in
· Verdell’s thoughts on the upcoming NBA Finals