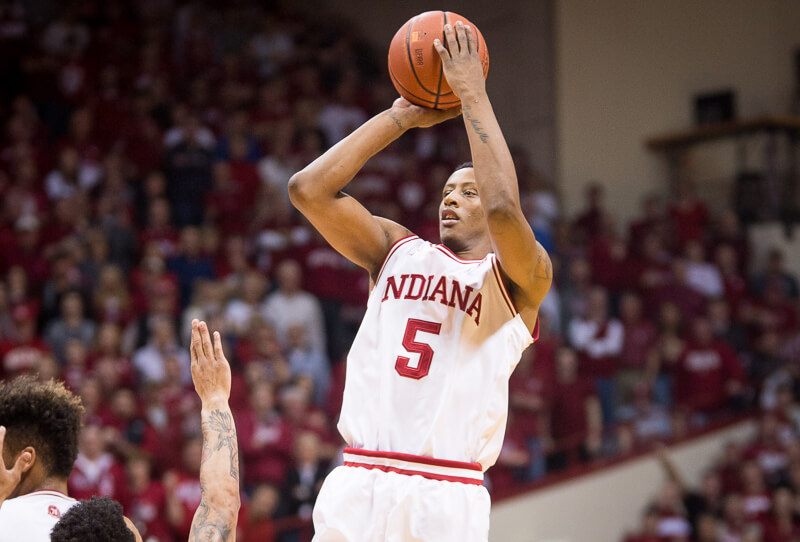 Troy Williams is ready to begin the next chapter of his basketball career.

The 6-foot-7 junior forward has decided to forgo his senior season and remain in the 2016 NBA draft, he confirmed on his Instagram account.

Jeff Goodman of ESPN.com reported that Williams will sign with ASM Sports.

Williams, who averaged 13.3 points and 5.8 rebounds last season, was a third team All-Big Ten selection in his final collegiate season as Indiana won the league title outright and advanced to the Sweet Sixteen.

His departure means the Hoosiers will be without four of their top seven scorers from this season’s team next winter as Williams joins Yogi Ferrell, Max Bielfeldt and Nick Zeisloft as departures from the program.

The decision of Williams to forgo his senior season, however, didn’t come as a surprise as Indiana had been preparing for life without him for months.

Most mock drafts have Williams, who recently said he is a couple of classes and an internship short of his bachelor’s degree, going undrafted next month. He attended the NBA draft combine earlier in the month and worked out for the Indiana Pacers last week.

But even if Williams is not selected by an NBA team, he should have heavy free agent interest and find his way into the NBA Summer League and a training camp next fall.

Williams played in 99 games over three seasons at Indiana, making 94 starts. He averaged 11.3 points on 52.2 percent shooting to go along with 5.9 rebounds, 1.6 assists and a steal per game.

Just one member of Indiana’s heralded six-man 2013 recruiting class – Collin Hartman – will complete all four years of eligibility in Bloomington.

Williams and Noah Vonleh both left early for the NBA, Devin Davis was dismissed from the program and Stanford Robinson (Rhode Island) and Luke Fischer (Marquette) both transferred.

Once a Hoosier, Always a Hoosier.. Thank you Indiana for the memories, the people I met, friendships that’ll last forever, and the experiences throughout my years at IU. Without the help of Coach Crean, coaching staff, @marnonthemoon , my family, and my teammates, I wouldn’t be here now. Much love to everyone who helped me on this journey , you’ll always be remembered ??. P.S. Gotta get me a pair of Candy Stripes to go !