OG Anunoby will return to Indiana for sophomore season 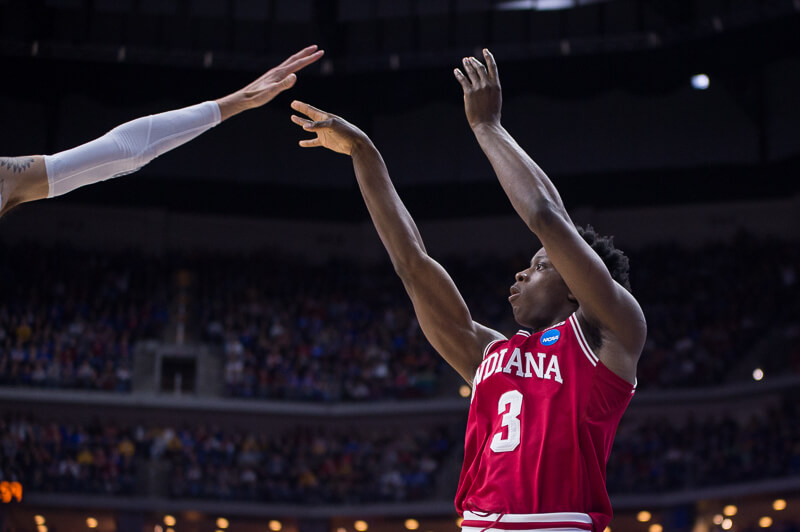 In a move that was expected, Indiana freshman forward OG Anunoby announced on Friday morning that he will return to Bloomington for his sophomore season.

The 6-foot-8 product of Jefferson City (Mo.) averaged 4.9 points and 2.6 rebounds in his first season at Indiana.

“I will not be declaring for the NBA Draft this year and will return to Indiana University,” Anunoby said in a release. ” I love my teammates and coaches and look forward to getting better every day with their help.”

Ranked the No. 280 recruit nationally by the 247Composite out of high school, Anunoby’s performances in Big Ten play and the NCAA tournament put him on the NBA radar.

In a round of 32 win over Kentucky on March 19, he scored seven points in 26 minutes and blocked two 3-point attempts by Jamal Murray, a likely lottery pick in June’s draft.

Indiana freshman Thomas Bryant has already announced that he will return to school for his sophomore season. Junior forward Troy Williams opted to put his name into the NBA draft, but has not hired an agent.