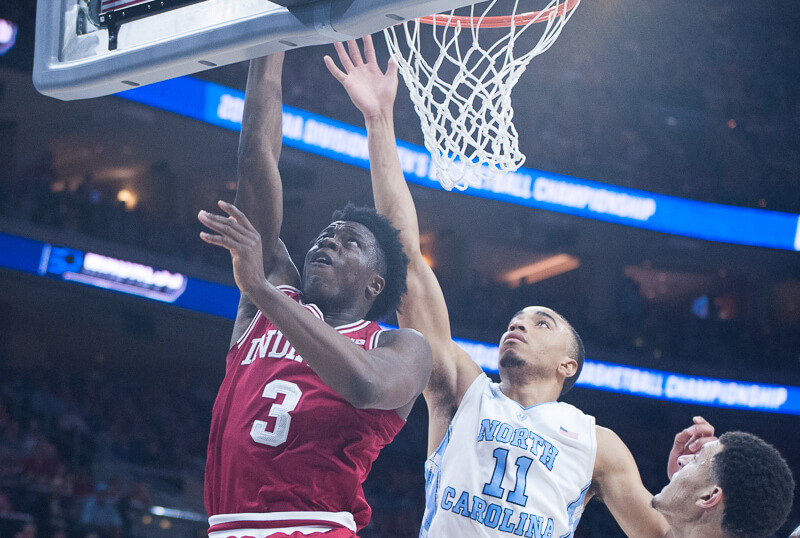 PHILADELPHIA – Quick thoughts on a 101-86 loss to North Carolina:

How it happened: From the opening tip, Indiana was outmatched on Friday night at the Wells Fargo Center. It started with the Tar Heels hitting a barrage of 3s to start and continued into the second half as UNC’s lead ballooned to 22. Credit the quick start to North Carolina senior point guard Marcus Paige, who hit his first four attempts from long range to get the momentum going early. From there, the Tar Heels built confidence and a lead that was insurmountable for Indiana. The Hoosiers fought to start the second half, but never got closer than 10 in the final 20 minutes. North Carolina, the No. 1 seed in the East Region, marches on to face Notre Dame on Sunday and the Hoosiers will head home.

Standout performer: In his final game in an IU uniform, Yogi Ferrell finished with a game-high 25 points on 6-of-14 shooting from the field. But make no mistake about it: This is a loss that will sting for Ferrell for a long time. He ends his career at Indiana as the school’s all-time assist leader and with the record for games played in a Hoosier uniform.

Statistic that stands out: After holding Kentucky to just .94 points per possession in the round of 32 in Des Moines, the Hoosiers allowed the Tar Heels to score 1.42 points per trip with an effective field goal percentage of 60. 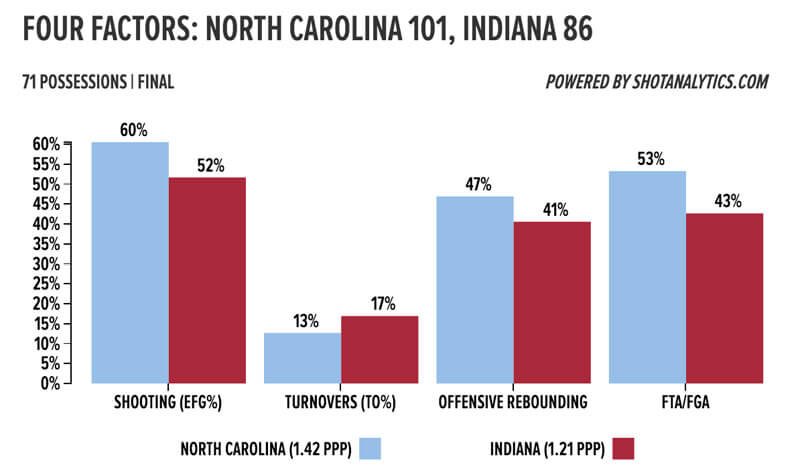