Crean: Johnson progressing, Morgan “better than what he was on Tuesday” 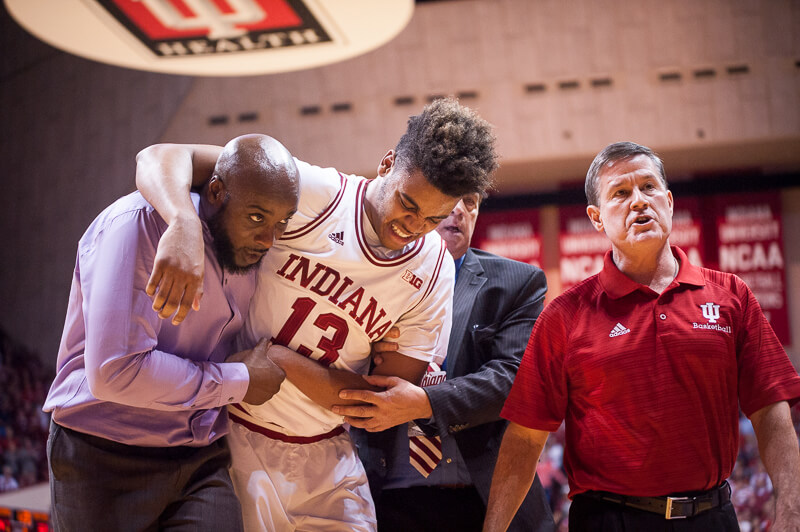 Indiana appears to be moving in a positive direction injury wise, according to Tom Crean.

On this morning’s Big Ten coaches teleconference in advance of the conference tournament in Indianapolis, Crean said Robert Johnson continues to progress in his rehab of a high ankle sprain and also said that Juwan Morgan is in better shape than he was following IU’s win at Iowa.

“It’s still a process with him because of the ankle and it’s certainly not anything that we’re going to rush. He’s got to continue to heal, he’s got to be able to continue to deal with it. But he’s definitely made some progress. It’s encouraging, in fact, really encouraging. So we’ll just see how all of it goes, but there’s no real concrete much past that.”

Johnson has missed Indiana’s last three games after suffering a left ankle sprain in a win over Purdue on Feb. 20.

Morgan, who has battled issues with his left shoulder at different times throughout the season, left the Iowa game in the second half, but played 19 minutes in Sunday’s win over Maryland. The 6-foot-7 freshman finished with six points and four rebounds before re-injuring his shoulder late in the second half.

Indiana opens Big Ten tournament play on Friday at 12 p.m. ET against the winner of Northwestern and Michigan at Bankers Life Fieldhouse.