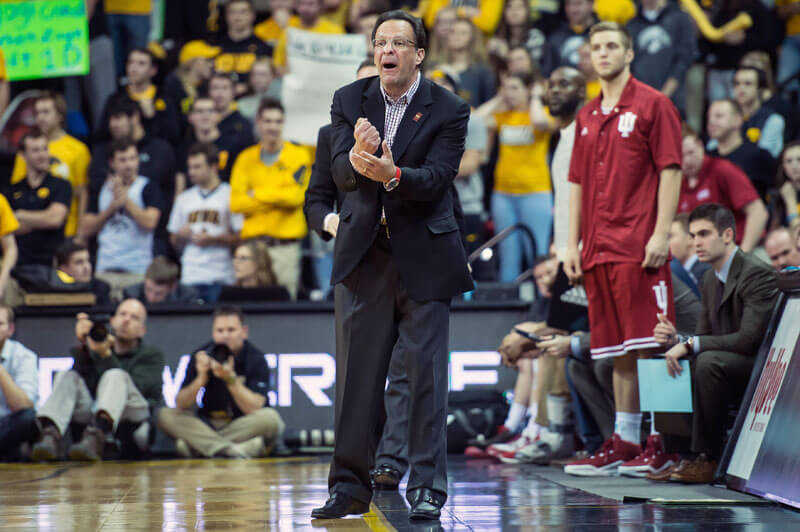 How it happened: This was a game Indiana dominated for a lengthy period of time, but an Iowa run in the second half made things interesting down the stretch. The Hoosiers opened a 14-point lead at the 14:34 mark of the second half, by the Hawkeyes stormed all the way back to take a 74-72 lead with 4:27 to play. But Indiana made the plays it needed to down the stretch and no play was bigger than Yogi Ferrell’s 3-pointer with 37 seconds to play to stretch the lead to five. From there, the Hoosiers just had to hold on as missed free throws and a turnover gave Iowa a chance to tie the game in the final seconds, but Peter Jok’s corner 3 rimmed off. The win clinched an outright Big Ten regular season championship for Indiana and moved the Hoosiers to 24-6 overall and 14-3 in the Big Ten.

Standout performer: Ferrell’s team-high 20 points on 7-of-19 shooting, to go along with five assists, led the Hoosiers to the road victory. Also worth a mention: 15 points and seven rebounds from Troy Williams.

Statistic that stands out: It was another strong offensive performance for Indiana as the Hoosiers shot an effective field goal percentage north of 60 thanks to 11-of-22 shooting on 3-pointers. IU finished with 1.15 points per possession. 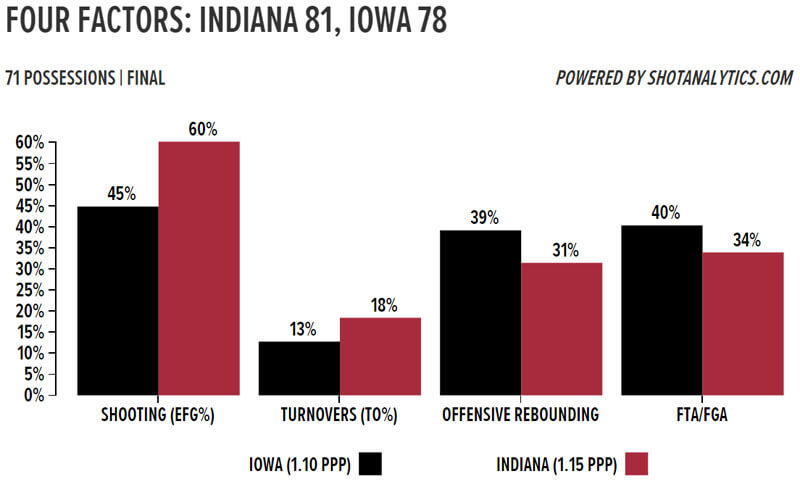