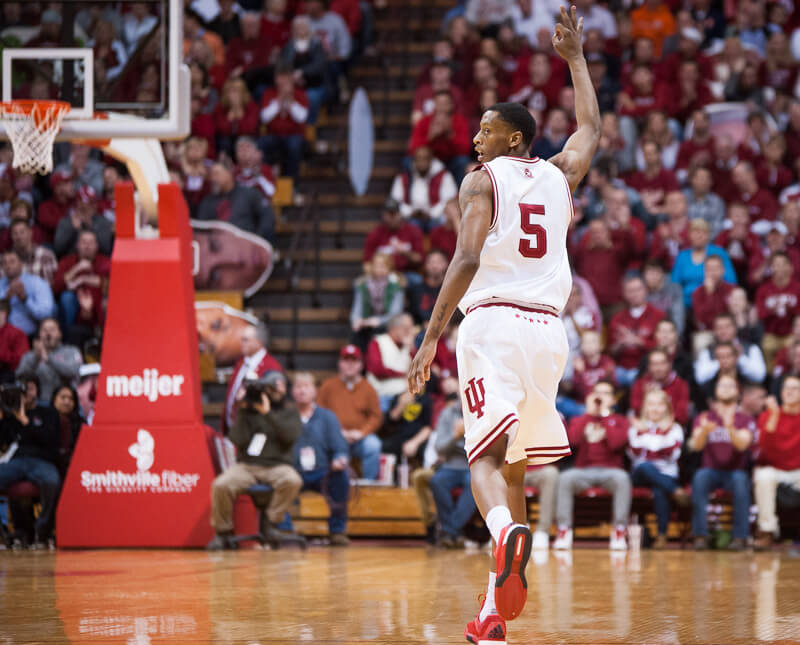 Quick thoughts on an 80-64 win over Nebraska:

How it happened: It was a dicey start for the Hoosiers as Nebraska came out with more energy and led for 14:04 of the first half. But as typically happens for Indiana in Assembly Hall, the shots started to fall from the perimeter and the Hoosiers got on a run. Indiana closed the first half on a 9-2 run to take a 41-34 lead into intermission and continued it into the second half as a seven-point cushion ballooned to 19. Nebraska never got closer than eight the rest of the way as Indiana cruised to its 11th Big Ten win and 21st victory of the season. With Penn State’s upset of Iowa in State College, the Hoosiers and Hawkeyes are now tied atop the Big Ten standings at 11-3 with Maryland lurking a half game behind at 10-3.

Standout performer: Troy Williams bounced back from an afternoon to forget in East Lansing to a night to remember on Wednesday. After turnover issues early on, the high flying junior wing finished with a team-high 18 points on an efficient 8-of-9 shooting performance from the field.

Statistic that stands out: After subpar defensive performances over its last three games, Indiana held Nebraska to just one points per possession. The Huskers entered the game averaging 1.11 points per trip, which was fourth best in the Big Ten. 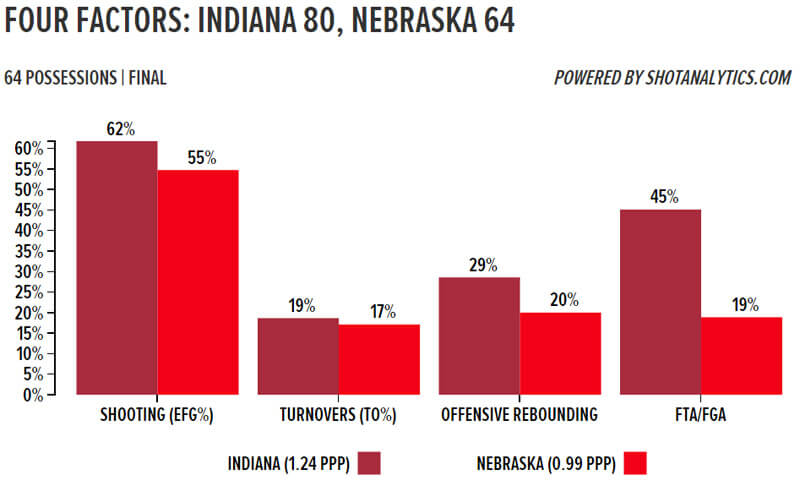