At the Buzzer: Michigan State 88, Indiana 69 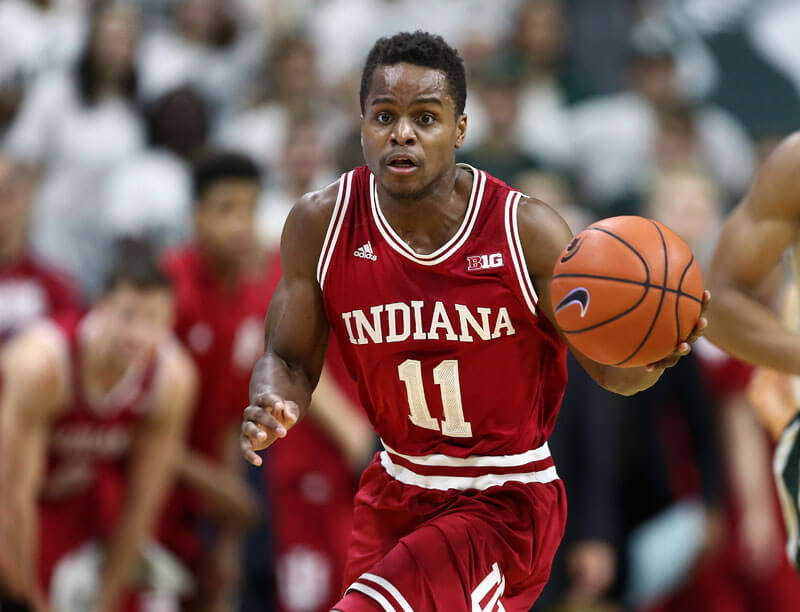 How it happened: This Valentine’s Day afternoon started out with hope for Indiana. The Hoosiers built a 10-point lead in the first half as shots were falling from the perimeter (7-of-16 on 3s) and the shots that weren’t falling were offensive rebounds (nine). At the 3:46 mark of the first half, Indiana had a 40-32 lead and was scoring 1.29 points per possession.

But the comfortable lead would be short lived as Michigan State closed the first half on a 9-0 run to take a 41-40 lead. From there, it was all Spartans. Indiana scored just nine points in the first 10+ minutes of the second half and had no answer defensively for Michigan State’s potent attack. Denzel Valentine was essentially unstoppable in scoring a game-high 30 points and dishing out 13 assists. Matt Costello wasn’t far behind in finishing with 22 points and 11 rebounds. The Spartans finished the afternoon with 1.28 points per possession, marking the second straight game where Indiana has allowed more than 1.2 points per trip.

Standout performer: Max Bielfeldt, a graduate transfer from Michigan, made his first start since the Wake Forest game and put together one of his better performances of the season in East Lansing. Bielfeldt finished with 15 points and 10 rebounds and hit 3-of-5 from behind the 3-point line.

Statistic(s) that stands out: How bad was Indiana’s defense in the second half? The Hoosiers allowed Michigan State to score 1.47 points per possession. That’s not going to get it done on the road against an upper echelon Big Ten team.