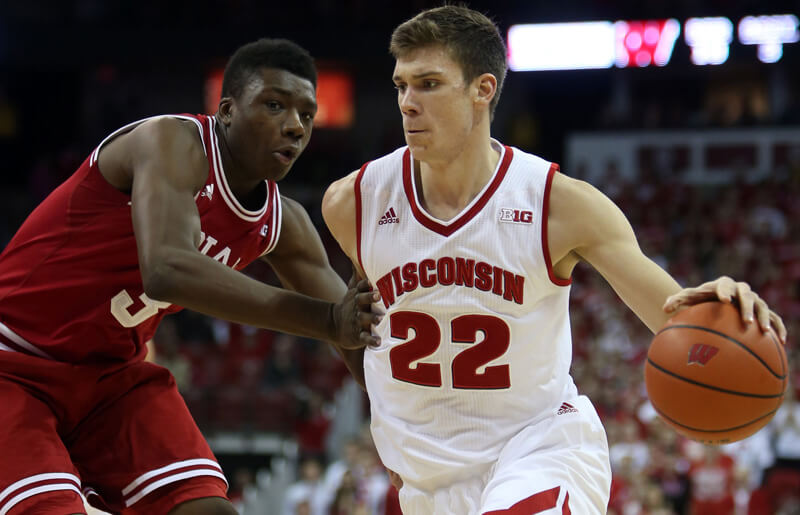 Indiana’s 12-game winning streak is over. The Hoosiers fell to Wisconsin 82-79 in overtime on Tuesday night in Madison. They’re now 17-4 overall and 7-1 in Big Ten play.

Here’s a look at five takeaway from the loss to the Badgers:

· A loss? Yes. A bad loss? No. Once Indiana has a chance to go back and watch this game and dissect some of the mistakes that were made, the Hoosiers will surely want some of them back. That happens in any loss. And it’s difficult to win any game in which you turn it over on 25.3 percent of your possessions, which is the number Indiana finished with on Tuesday.

Yes, this was Indiana’s first conference loss and a game the Hoosiers definitely had chances to win. But just as folks weren’t ready to anoint Indiana a great team after it won 12 in a row and seven straight to begin league play, this loss shouldn’t be cause for major concern or panic.

Wisconsin has lost plenty of games already in the Kohl Center this season, but the Badgers have played just about every opponent tough in their building. Indiana played hard and played well in many stretches, but winning on the road against solid competition requires close to a complete 40-minute effort (or in this case, 45). Indiana didn’t do enough to win on Tuesday, but this is still a team that is growing and improving. One loss in a venue where the Hoosiers haven’t won since 1998 doesn’t change that.

· Yogi Ferrell carried Indiana offensively: Another game, another solid performance from Yogi Ferrell. On a night where his teammates weren’t making shots, Ferrell poured in a team-high 30 points. Indiana made a combined 32 3-pointers in wins over Illinois and Northwestern. Against Wisconsin, the Hoosiers made just seven 3s and Ferrell made five of them.

But Ferrell did what a senior is expected to do in a tough road environment: He made tough shots and gave his team a shot to win. It’s hard to ask for much more than that.

Wisconsin posted a season-high 77.1 free throw rate (FTA/FGA). The Badgers have now had three straight games in which their free throw rate has been over 70 percent, two of which came in the Kohl Center. The other was at Penn State, one of the worst teams in the league in terms of putting its opponents on the line.

Nigel Hayes attempted more free throws (22) than Indiana’s entire team (18) and the Hoosiers were outscored by 12 at the foul line.

· Indiana had no answer for Ethan Happ: The current Big Ten freshman of the week, Ethan Happ, might be on his way to winning the award again.

As well as Thomas Bryant played offensively – 5-of-8 FG, 6-of-6 FT for 16 points – he couldn’t contain Happ. Indiana didn’t bring much help and let Bryant play Happ straight up. Wisconsin’s redshirt freshman went off for 25 points.

· Unsung contributors step up for Badgers: On a night when Bronson Koenig shot 1-of-9 from the field and finished with just four points, Wisconsin had role players who came up big.

But the bigger factor was Jordan Hill, who entered Tuesday averaging 2.9 points on 30.8 percent shooting in conference play. Hill scored 13 points on 5-of-5 shooting from the field, including two difficult 3-pointers.