At the Buzzer: Indiana 89, Northwestern 57 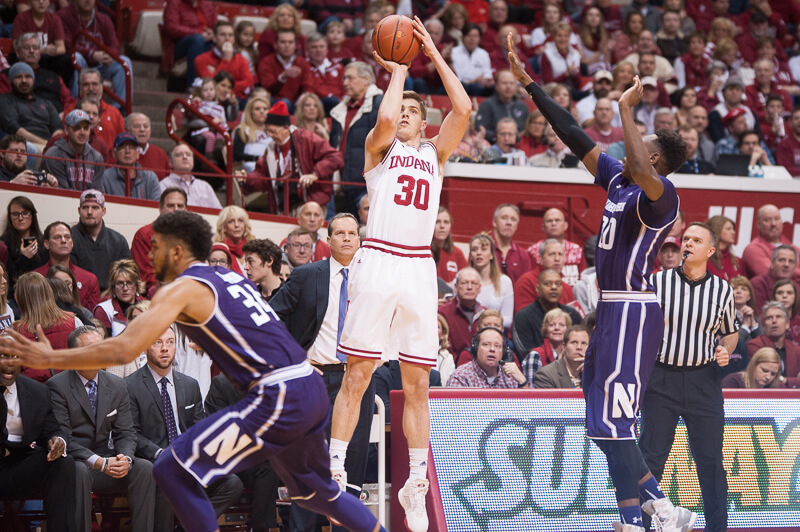 How it happened: Another home game, another result that was never really in doubt for the Hoosiers. Indiana opened the game on a 10-0 run and the Wildcats never got closer than five the rest of the afternoon. As I wrote on Twitter about midway through the second half, you can say what you’d like about IU’s strength of schedule so far in league play, but the fact is the Hoosiers are dismantling teams on this winning streak. Indiana is now 7-0 in Big Ten play, the longest in-conference winning streak for the Hoosiers since 1993. Overall, IU is now 17-3 and has won 12 straight games. This was another offensive clinic (1.36 points per possession) and another conference opponent held under a point per possession (.87).

Standout performer: Yogi Ferrell may need permanent placement in this spot until further notice. The senior guard continues to play as if he belongs in the discussion for Big Ten player of the year. Saturday’s performance was no different as Ferrell played another great all around game in finishing with 17 points, six assists, three rebounds and just one turnover in 35 minutes.

Statistic(s) that stands out: There are two numbers here that deserve mention: Indiana’s 3-point shooting and how well the Hoosiers took care of the ball over the game’s final 29 minutes. IU again lit it up from distance (13-of-28) and seven different players hit a 3. And after committing seven turnovers through the game’s first 10:51, Indiana turned it over just three times the rest of the way for a turnover percentage of 15. 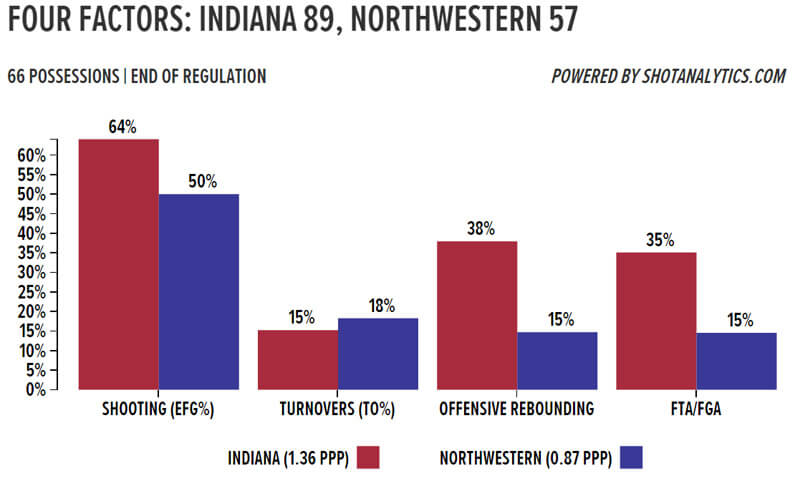