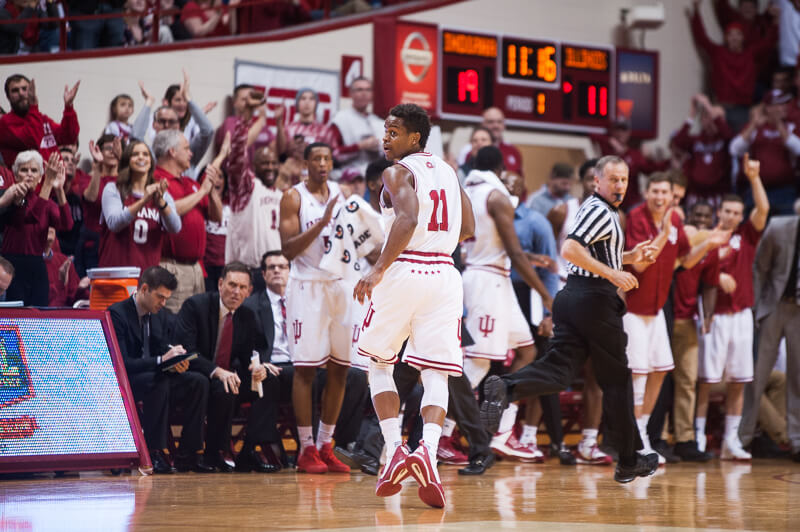 How it happened: Indiana started quickly, but a 10-0 run from Illinois to draw within one at 22-21 made you wonder if there’d be a close game in Assembly Hall. But the Hoosiers, as they’re known to do at home, responded with a 16-2 run and cruised to a 42-25 halftime lead mainly due to 3-point shooting (9-of-21). Not only did Indiana hold the Illini to just .78 points per possession in the first half, IU had just four turnovers for a turnover percentage of only 12. From there, things just got worse for Illinois. Indiana continued its 3-point barrage in the second half and set a new school record for 3-pointers made in a game at 19. Simply put: This was domination from nearly start to finish by Indiana.

Standout performer(s): On a night where he set Indiana’s all-time assists record on this beautiful pass to Max Bielfeldt, it’s hard to go with anyone other than Yogi Ferrell. The senior point guard continued his best stretch of basketball ever in a Hoosier uniform with 16 points and nine assists in 31 minutes. Ferrell was given a loud round of applause when he exited with 4:25 to play and for good reason. It’s hard to find a point guard playing better right now.

Statistic(s) that stands out: Indiana was red hot from behind the 3-point line and hit 19 of its 36 attempts from distance for 52.7 percent. For the game, the Hoosiers scored 1.46 points per possession, easily their best output so far in Big Ten play. 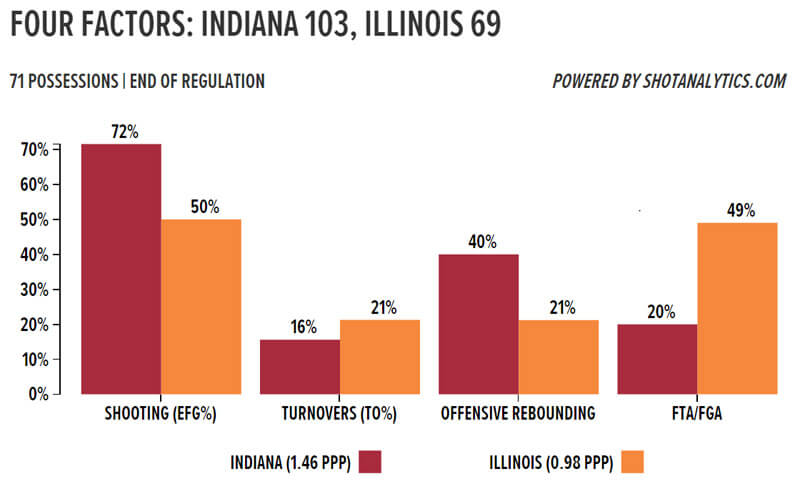