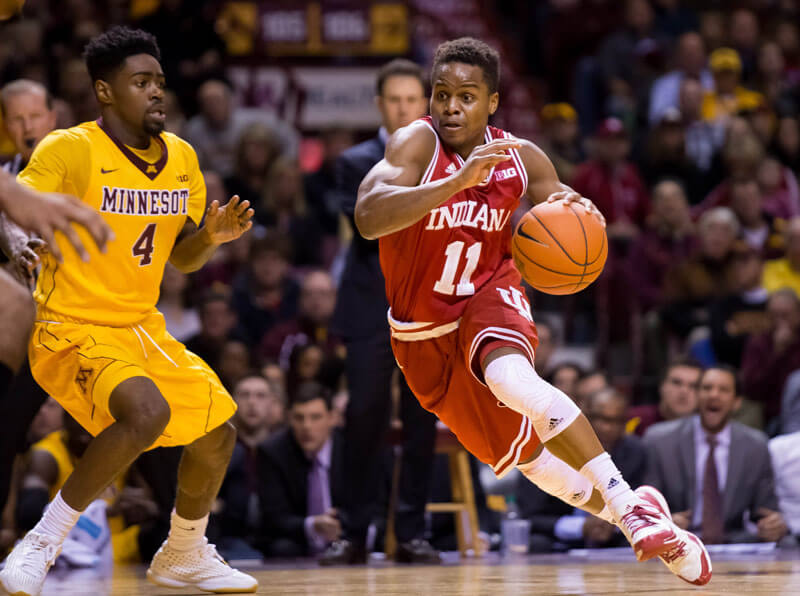 How it happened: The Hoosiers moved to 3-0 in conference play away from Assembly Hall, but it wasn’t easy against one of the league’s worst team. Indiana trailed by as many as nine in the first half, but Nick Zeisloft hit four straight 3s and the Hoosiers went into the half knotted at 34. In the second 20 minutes, Yogi Ferrell came up big in the winning effort as he finished with 20 points, seven assists and six rebounds in 37 minutes. Ferrell didn’t shoot it great, but moved into second place on the school’s all-time assists list with 544. He passed Quinn Buckner (542) and is just one behind Michael Lewis (545). Also of note: Indiana turned it over on just 18.7 percent of its possessions and was mistake free the final 16:34 of the game.

Standout performer(s): Ferrell gets the nod as he put the team on his back down the stretch and made six of eight free throws to go along with the seven assist and six rebounds. Zeisloft also deserves a mention for his 3-point barrage in the first half to keep the Hoosiers in the game.

Statistic that stands out: After turning it over 10 times in the first half, Indiana had just three in the second half and as mentioned above, didn’t commit one in the final 16:34.