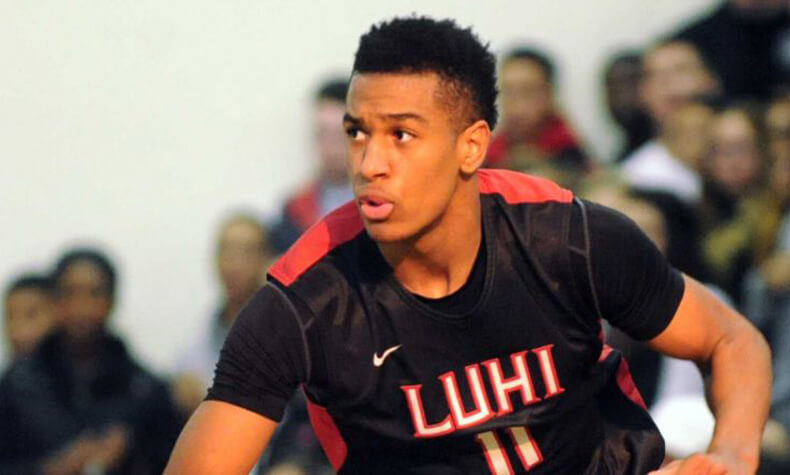 The 6-foot-1, 175 pound guard, who plays at Long Island Lutheran in Manhasset, chose the Hoosiers during a live broadcast on News 12.

In a phone conversation with Inside the Hall shortly after the announcement, Green listed several of the factors that led him to make his decision now rather than waiting until the end of his senior season.

“I didn’t want the opportunity to pass,” Green told Inside the Hall. “I really like the school, coach (Tom) Crean and all of the coaching staff.”

He’s rated a three-star prospect and the No. 195 player in the country by the 247Composite. Green’s older brother, Danny, starred in college at North Carolina and now plays for the San Antonio Spurs.

“My brother just told me to stay patient,” Green explained. “And when I make my decision, make sure I feel right about it. The support system and tradition that Indiana has is ridiculous. That’s what really stands out about the school. The whole campus amazed me.”

Green was in Bloomington on Tuesday for Indiana’s 59-58 win over Wisconsin. He said Indiana really began to come after him hard at the beginning of the high school season.

“Coach Crean, he told me he sees something special in me,” Green said. “He told me that he wouldn’t have given me the offer if he didn’t.”

According to Newsday, he’s averaging 20.2 points this season for Long Island Lutheran (9-1) and has made 37 3-pointers in 10 games.

For now, Green is focused on a strong finish to his high school season before departing for Bloomington early in the summer.

“Before I get to college, I definitely want to win a state championship,” he said. “And finish out this year, 2016, undefeated.”