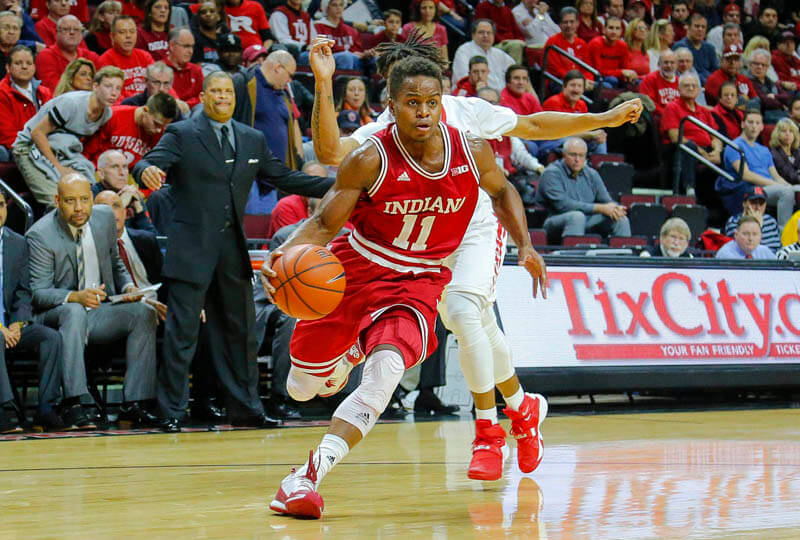 How it happened: It was an odd start time with a mid-afternoon tip on a weekday and it produced arguably Indiana’s ugliest win of the season. The Hoosiers built a solid lead early, but let Rutgers right back into the contest for a 34-34 halftime tie. Indiana was able to prevail ultimately on the strength of its bench, which scored 37 of IU’s 79 points. Ryan Burton and O.G. Anunoby went a combined 4-of-4 on 3s and Collin Hartman, who started for the injured James Blackmon Jr., hit all three of his 3-point attempts. There are few Big Ten road games where you can win while turning it over 23 times, but Indiana did just that in Piscataway. Yogi Ferrell, despite six turnovers, played well in the second half and finished with a game-high 20 points.

Standout performer: Max Bielfeldt was easily Indiana’s most productive player as the Michigan graduate transfer finished with 18 points and 14 rebounds in 26 minutes. Both were career-highs. With Thomas Bryant only logging six minutes and fouling out, it was a timely performance from a veteran that was much needed.

Statistic that stands out: Turnovers have been a major issue this season for Indiana and Wednesday afternoon was no different. The Hoosiers coughed it up 23 times for a turnover percentage of 31, their worst performance of the season. The Scarlet Knights scored 37 of their 72 points off of IU turnovers. Individually, Troy Williams (7), Ferrell (6) and Robert Johnson (5) all struggled. 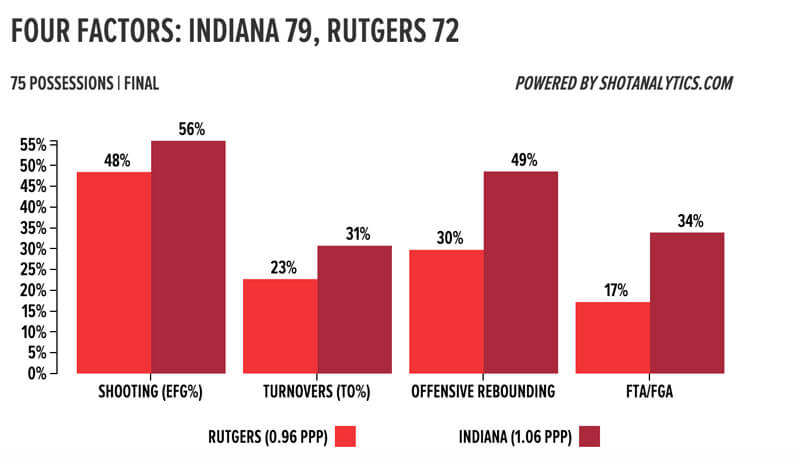