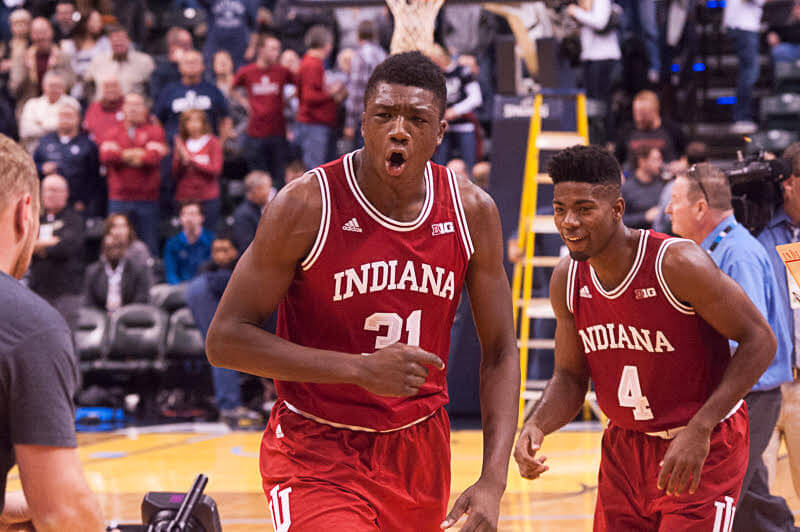 INDIANAPOLIS – A few quick thoughts on Indiana’s 80-73 win over Notre Dame in the Crossroads Classic:

How it happened: Notre Dame looked poised to run away with this contest as the Fighting Irish led by 16 a little more than three minutes into the second half. The Hoosiers, though, never gave in and made their move beginning at the 6:32 mark. From that point forward, Indiana outscored Notre Dame 17-2 as the Hoosiers 2-3 zone gave the Fighting Irish major problems. Indiana claimed the lead on pair of Collin Hartman free throws with 54 seconds to play and never relinquished it from there.

Standout performer: Troy Williams was strong going to the basket and on the glass as he finished with 18 points and 10 rebounds. He was a big reason the Hoosiers rebounded more than 50 percent of their missed shots on the afternoon. 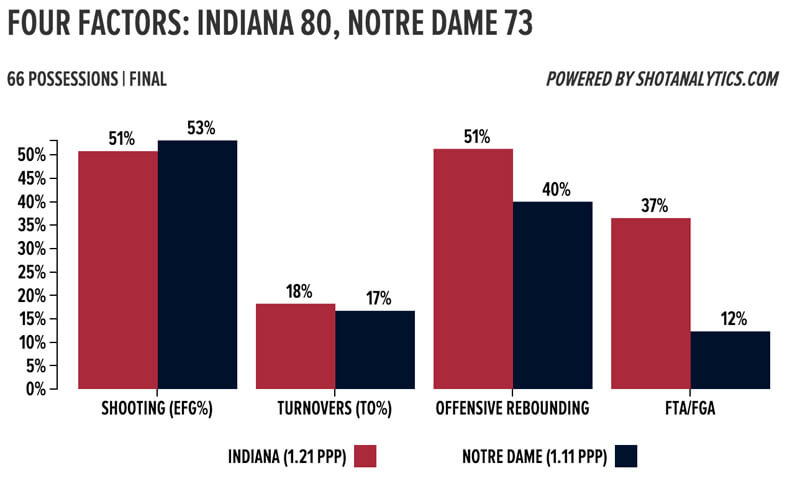