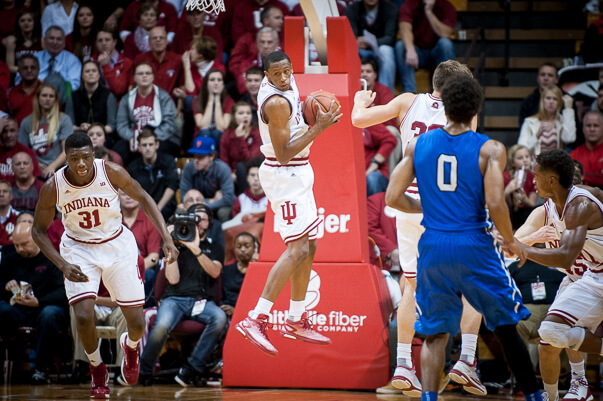 A few quick thoughts on Indiana’s 90-65 win over IPFW:

How it happened: There wasn’t much that stood out in this win for Indiana as Assembly Hall lacked energy from the tip and the Hoosiers played sloppy at times. But against a Summit League opponent that was outclassed from a talent perspective, Indiana had more than enough to win comfortably. However, it’s still probably fair to call the performance underwhelming, especially when you consider how well Indiana played Saturday against Morehead State. The win moved the Hoosiers to 7-3 overall with McNeese State coming to Bloomington on Saturday.

Standout performer: Yogi Ferrell scored a career-high 38 points and also added five rebounds and five assists. Ferrell was 12-of-18 from the floor and 10-of-10 from the free throw line.

Statistics that stand out: Troy Williams had his best rebounding game in an IU uniform with 19 boards and also had a career-high in blocks with five. Williams, however, also frustrated with several lackadaisical turnovers that Indiana desperately needs him to clean up moving forward. He finished the game with five turnovers, all in the first half.

Number that needs work: After three straight games where it did a solid job of taking care of the ball, Indiana reverted to early season form on Wednesday. The Hoosiers turned it over 17 times for a turnover percentage of 22.