At the Buzzer: Indiana 92, Morehead State 59 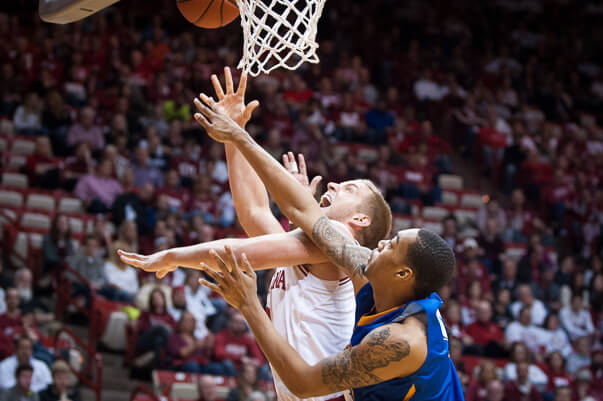 A few quick thoughts on Indiana’s 92-59 win over Morehead State:

How it happened: This one was close for about eight minutes, but an 18-0 run that started with a Max Bielfeldt layup at the 13:12 mark and ended with a pair of free throws by Nick Zeisloft with 8:36 left in the first half put the game out of reach. From there, it was total domination. Indiana led by as many as 41 in the second half and held Morehead State to a season-low 59 points.

Standout performer: Robert Johnson. Reinserted into the starting lineup as Tom Crean elected to go with a three-guard set, Johnson set the tone early defensively and also did a nice job feeding the post on a couple occasions in the first half. He finished with eight points, four rebounds and two assists in 26 minutes.

Statistic that stands out: Morehead State scored just .83 points per possession and had 23 turnovers. After allowing 1.52 points per trip in Wednesday’s blowout loss at Duke, it was a solid bounce back effort for the Hoosiers.