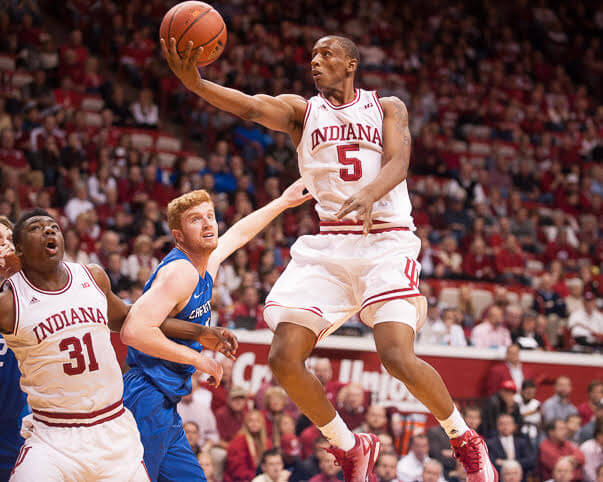 A few quick thoughts on Indiana’s 86-65 win over Creighton:

How it happened: Indiana and Creighton played close for the first five minutes, but the Hoosiers exploded offensively as a 14-10 lead at the 13:53 mark of the first half ballooned to 28-11 in less than three minutes. Indiana scored 1.28 points per possession in the first half as four players had nine or more points and the lead was 51-32 at intermission. From there, Creighton never got closer than 17.

Standout performer: Freshman Thomas Bryant was active and engaged from the onset. The 6-foot-10 freshman ran the floor, challenged shots and also finished at the rim. Bryant also hit a 3-pointer, although he missed the three other attempts he took from deep. The Rochester native finished with 17 points, seven rebounds and four blocks.

Statistic(s) that stands out: Indiana’s first half offensive outburst had several components worth mentioning. The Hoosiers only turned it over on 13 percent of their possessions and shot an effective field goal percentage close to 60 before halftime.

Number that needs work: The Hoosiers still need to do a better job at getting to the foul line. Indiana entered the game with a free throw rate (FTA/FGA) of just 28.9 percent and didn’t improve it Thursday by getting to the line just nine times. 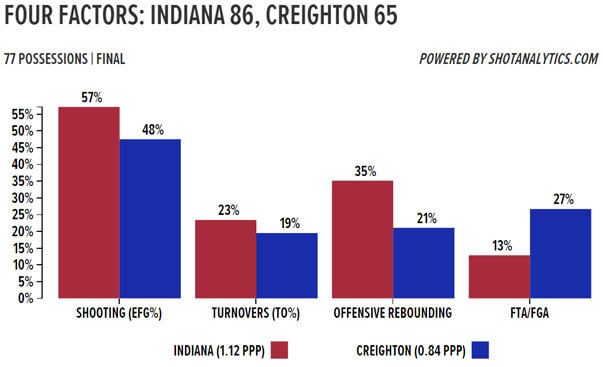