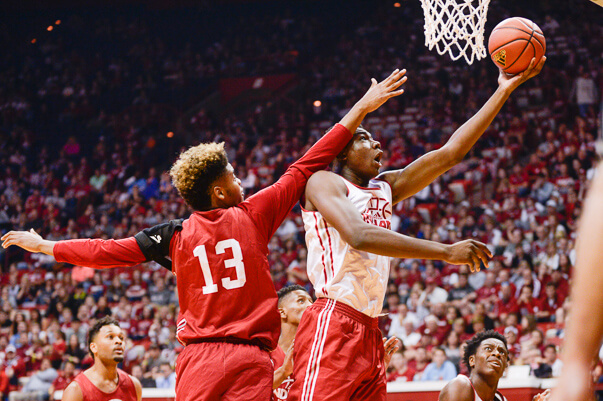 The new KenPom.com ratings are out for the 2015-2016 season and the stats guru is joining many of the preseason prognostications that have the Hoosiers in the top 15.

IU will begin the season at No. 13 in Pomeroy’s rating, the second highest ranking of any Big Ten team behind Wisconsin at No. 9.

Pomeroy projects IU to finish 12-6 in the Big Ten alongside Wisconsin.

The highest rated non-conference opponents on IU’s schedule according to Pomeroy’s ratings are Duke (1), Notre Dame (16) and Wake Forest (60). Potential Maui opponents in the top 50 include Kansas (4), Vanderbilt (20) and UCLA (38).