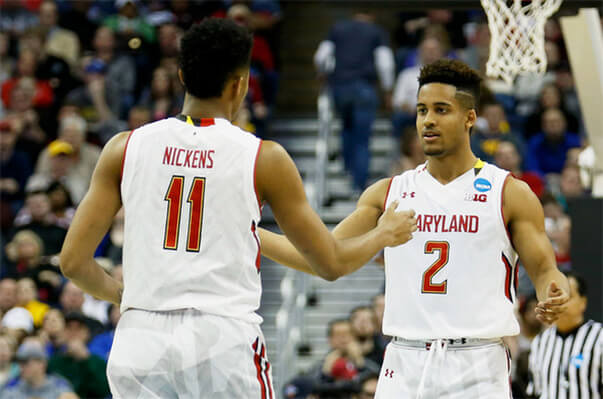 With the start of college basketball season on the horizon, we’ll be taking a long look at the conference at large as well as Indiana’s roster over the next month. Today, we begin our look at the Big Ten with ten non-conference games, listed in chronological order, that you’ll want to mark on your calendars as must see. Note: Rankings are from Jeff Goodman’s preseason top 50 on ESPN.com.

No. 14 Michigan State vs. No. 3 Kansas on Tuesday, Nov. 17
Event: Champions Classic at the United Center
TV coverage: ESPN

The Champions Classic is one of the premier early season events in college basketball. This year is no different as three of the participating teams are likely to be ranked in the top 10 and Michigan State will likely be in the top 20. After losing Travis Trice and Branden Dawson, this will be an early litmus test for Tom Izzo against one of the nation’s most talented teams.

The Gavitt Games, which pairs Big East and Big Ten teams, didn’t produce many great matchups in its inaugural year. It did, however, give us the opportunity to see this rivalry renewed for the first time since 2008. The Hoyas return a talented roster led by D’Vauntes Smith-Rivera and the Terps are a trendy preseason national champion pick.

Both teams missed the NCAA tournament last season, but both appear in line to rebound in a major way. Michigan welcomes back Caris LeVert and Derrick Walton from injury. The Huskies should have an elite backcourt led by graduate transfer Sterling Gibbs, freshman Jalen Adams and junior Rodney Purvis.

The Badgers lost plenty of talent from last year’s national runner-up, but Bo Ryan still has one of the best duos in the Big Ten with Bronson Koenig and Nigel Hayes. Oklahoma returns four starters from a Sweet 16 team and only lost one home game last season.

A pair of old ACC rivals will reunite in what might be the most anticipated non-conference game in all of college basketball this season. Both rosters are loaded with talent and the point guard matchup of Melo Trimble vs. Marcus Paige will be must-see TV.

This is a rematch of last season’s Elite Eight game which the Spartans won 76-70 in overtime. Louisville will be relying heavily on a pair of graduate transfers in Damion Lee and Trey Lewis and a largely unproven frontcourt. That’s not a good recipe to take into the Breslin Center and expect to win, but watching Tom Izzo and Rick Pitino go head-to-head is always entertaining.

The Hoosiers boast one of the nation’s best offenses, but have struggled to win on the road in recent seasons. Conversely, Duke rarely loses a non-conference game at Cameron Indoor Stadium. But both teams are stocked with talent and there will be good matchups all over the floor in this game.

The Terps are the only team to make the list three times, so Mark Turgeon’s club should be well tested heading into Big Ten play. Guard play in this game will be elite as will the big man matchup of Diamond Stone vs. Amida Brimah.

This is the return game of a home-and-home series between the two programs that started last year at the Crisler Center. Will Michigan have an answer for Nic Moore this time around? They didn’t last season as the point guard went for 17 points in a 62-51 win.

Butler has one of the better backcourts in the Big East with N.C. State transfer Tyler Lewis and seniors Roosevelt Jones and Kellen Dunham, but Purdue has the clear advantage in the paint. This will be a battle of contrasting styles, but like most teams, Butler will have a tough time matching the size and physicality of A.J. Hammons, Caleb Swanigan and Isaac Haas.