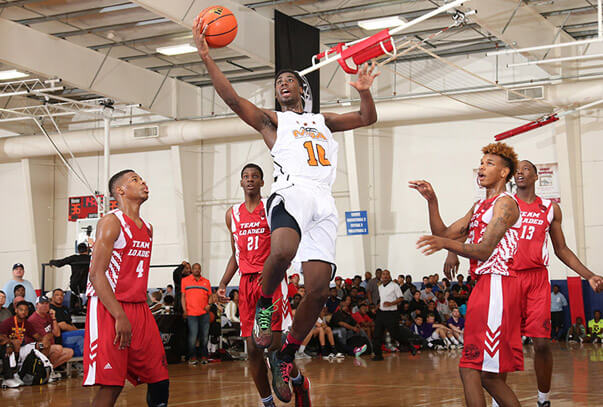 Indiana extended scholarship offers to a pair of prospects in the class of 2016 this weekend, according to reports.

The pair were AAU teammates for MBA Elite on the adidas Gauntlet circuit.

The 6-foot-7 Kegler (pictured), formerly of Arlington Country Day (Fla.) and Callaway (Miss.), is transferring to Oak Hill Academy for his senior season. He’s rated the No. 32 prospect nationally in the 247Composite and has more than 20 scholarship offers.

Carter, a 6-foot-4 guard, plays at Starkville High School in Mississippi and is rated the No. 151 prospect in the 2016 class by the 247Composite.