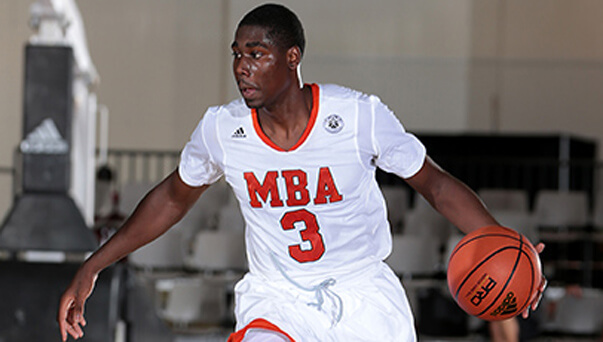 Class of 2016 Oak Hill Academy (Va.) forward Mario Kegler added an offer from Indiana on Sunday and the Hoosiers are in line for one of his official visits, according to his guardian.

Omhar Carter, Kegler’s guardian and his AAU coach for MBA Elite, told Inside the Hall on Monday afternoon that IU will receive an official visit.

“We’ll definitely visit Indiana,” Carter said by phone. “That will be an official.”

Kegler, who starred at Arlington Country Day in Florida last season and Callaway High School in Jackson, Mississippi prior to that, is transferring to Oak Hill for his final season.

Carter said that Kegler had been hearing from Indiana for the last month, but said the coaching staff wanted to make sure he had legitimate interest in the program before offering a scholarship.

“They wanted to know if they did offer if they’d be seriously considered being that we’re surrounded by SEC schools,” Carter explained. “I talked to coach (Chuck) Martin. I’ve talked to coach (Tom) Crean several times. Basically, they talk about the development, making him better and turning him into a player that can play at the next level.”

Rated the No. 32 player in the 247Composite for the 2016 class, Kegler has more than 20 scholarship offers.

Carter mentioned Maryland, UConn, LSU, Mississippi State, Oklahoma State and Baylor as just a few of the schools prioritizing him as he works to set up visits this fall.

Kegler is playing in the adidas Nations Global championship game tonight, which will be broadcast live on ESPNU.