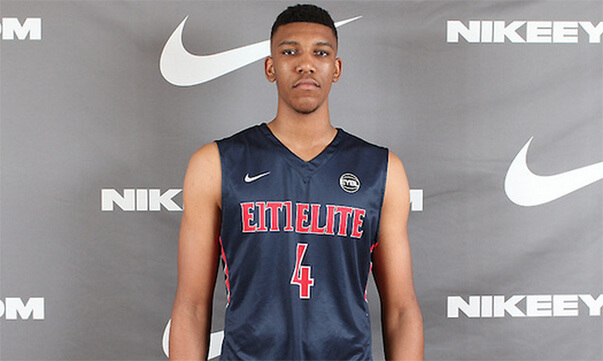 Class of 2016 Bartow (Fla.) forward Tony Bradley, who received a scholarship offer earlier this month from Indiana, is putting together a strong spring for Each 1 Teach 1 in the Nike Elite Youth Basketball League (EYBL).

But even as the scholarship offers pile up for Bradley – he has more than 20 – he’s in no rush to make a decision on where he’ll play at the next level.

“(I’m) just taking my time,” Bradley said last weekend at the fourth EYBL session in Minneapolis, Minnesota. “I’m not going to cut my list until after AAU season.”

The Hoosier offer came for Bradley, the No. 31 player nationally according to the 247Composite, a little more than two weeks ago.

“It’s a great basketball school. A lot of great players have come through the program,” he said. “Great school, great system. I talk to coach (Tom) Crean a little bit.”

He has already taken an official visit to Chapel Hill, but told Scout.com earlier in the spring that he intends to take all five of his official visits.

Bradley, who played last summer for Southern Stampede in the EYBL, said he’s emphasizing two specific things this AAU season and in his development moving forward.

“Running the floor and rebounding,” Bradley said. “I’m a hardworking person who can rebound.”