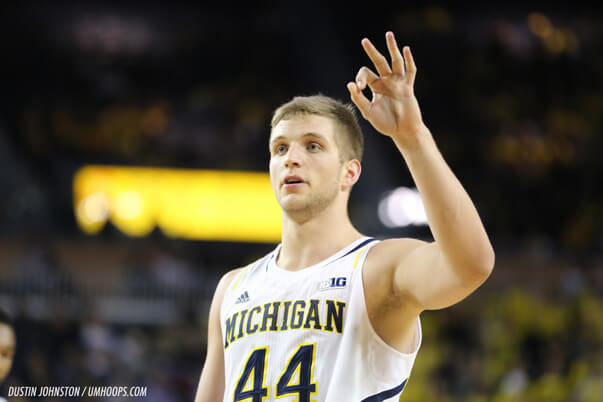 Michigan graduate transfer Max Bielfeldt, who is still considering three schools is his recruitment, is waiting to see what happens with Iowa State’s Fred Hoiberg before making a decision on where he’ll play next season.

The Chicago Bulls fired Tom Thibodeau on Thursday and it’s been widely speculated that Hoiberg is the leading candidate for that position.

As Bielfeldt considers a final list of Indiana, Iowa State and Nebraska, he told Inside the Hall via text message on Thursday evening that he’s going to be watching the Bulls vacancy carefully.

“I think I’m going to wait a little longer to see what comes out of the Bulls coaching vacancy and coach Hoiberg,” Bielfeldt said.

He took an official visit to Bloomington on May 17-18 and had originally planned to announce a decision in the days following that trip. However, he announced on May 22 that he had eliminated DePaul and would use the Memorial Day weekend to ponder his decision.

That plan, however, has now shifted based on Hoiberg’s candidacy in Chicago.

A native of Peoria, Illinois, Bielfeldt averaged 5.1 points and 3.6 rebounds in 14.5 minutes per game last season for the Wolverines and will be eligible immediately. He was granted his release from Michigan in late April after it was announced that Caris LeVert would return for his senior season and won an appeal with the Big Ten that will allow him to transfer within the conference.