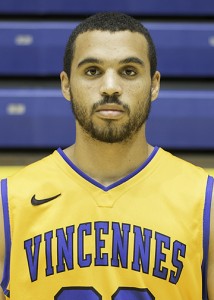 Indiana already has two players signed for its 2015 class and expects to receive a National Letter of Intent soon from McDonald’s All-American Thomas Bryant, but the Hoosiers may not be done recruiting for the incoming class.

According to reports from The Lexington Herald-Leader and Peegs.com, Vincennes Junior College (Ind.) guard Mychal Mulder has a scholarship offer from Indiana.

The 6-foot-4 Mulder, who is originally from Windsor, Ontario, averaged 15.7 points and 6.9 rebounds last season and will have two years of eligibility at his next school.

Earlier this month, Vincennes assistant coach Brian Davis told Inside the Hall’s Jordan Littman that Creighton, Georgia Tech, Minnesota, Missouri, Wichita State were the schools with offers out to Mulder.

Kentucky is also now involved with the JUCO All-American, per multiple reports. The Wildcats lost seven players early to the NBA draft.

“Mychal is a 6-foot-4, 180 pound athletic wing who can shoot it,” Davis told Inside the Hall earlier this month. “High character guy who is a great team guy. He shot 45 percent from 3 and can dunk with the best of them. He attacks the rim in transition and rebounds well. He would be a solid piece with other good players around him.”

According to Davis, Indiana has visited Vincennes three times to see Mulder and also watched him in the NJCAA tournament last month in Hutchinson, Kansas.

Indiana currently has 14 scholarships committed on paper for next season and the limit is 13.

Junior point guard Yogi Ferrell is expected to announce whether he’ll return for his senior season on April 25.