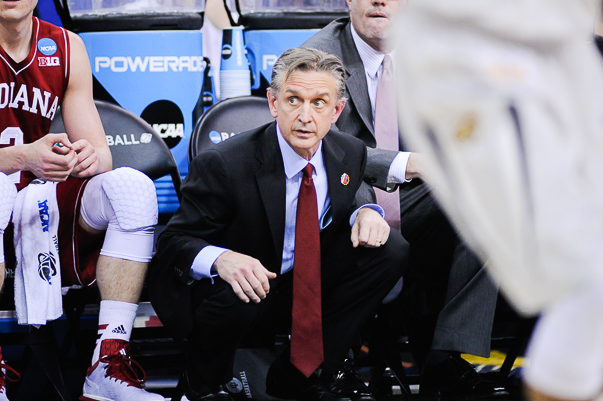 Indiana associate head coach Steve McClain will accept the head coaching position at Illinois-Chicago and will be announced as its new coach on Wednesday, ESPN’s Jeff Goodman reported on Saturday morning.

Update: UIC has confirmed the news:

McClain has been a part of Indiana’s coaching staff since April 2010, initially joining as an assistant coach before being promoted to associate head coach status in July 2012.

The 2014-2015 season was McClain’s 34th coaching college basketball, as he originally came to Bloomington from Colorado, where for three years he was a part of the staff and was the acting head coach during part of the 2009-2010 season.

Prior to his stop in Boulder, McClain served as the head coach at the University of Wyoming, From 1998-2007, he led the Cowboys to a 157-115 record, two Mountain West Conference regular season titles and four postseason appearances.

He also has Division I assistant coaching experience at Texas A&M and TCU.

This past season, Illinois-Chicago finished 10-24 and just 4-12 in the Horizon League, as Flames coach Howard Moore was fired after five years at the helm of the program with an overall 49-111 record.