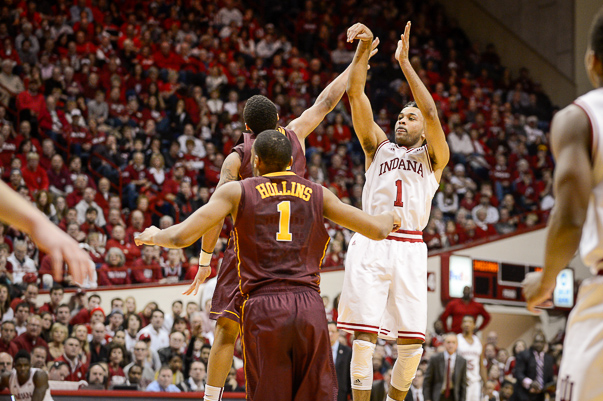 Earlier today, the United States Basketball Writers Association announced the finalists for the 2015 Wayman Tisdale Award, which honors the country’s top freshman, and IU freshman guard James Blackmon Jr. is among the 10 candidates.

The complete watch list, per a USBWA press release issued earlier this afternoon, is available after the jump:

Blackmon Jr. is joined on the finalist list by two other Big Ten players in Ohio State’s D’Angelo Russell and Maryland’s Melo Trimble.