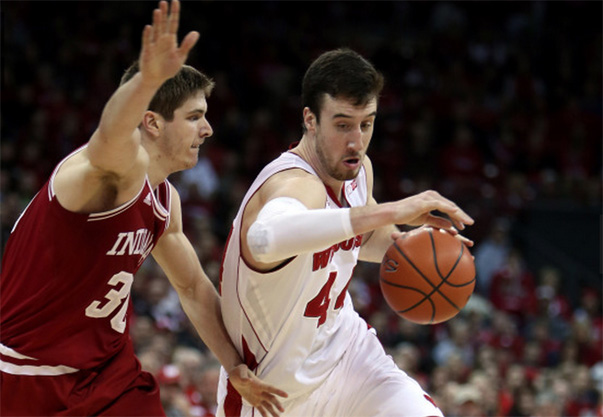 The nation’s No. 1 offense, Wisconsin — the most efficient offense ever tracked by KenPom.com — hosting an Indiana defense ranked in the bottom half of the country.

And on a snowy Tuesday night at the Kohl Center, the Badgers took advantage of that matchup. The Hoosiers’ defense was scorched to a 1.42 points per possession pace in a 92-78 loss to the Badgers.

“Letting them get the looks that they got, that was the problem,” Indiana coach Tom Crean said. “Certainly that’s where the game was and we let it snowball on us a little bit and they continued to battle and fight.

“No question the start of the second half is what did us in.”

It went downhill from there, however.

Wisconsin opened the second half on a 16-1 run, with points coming in the paint, at the free throw line and even behind the arc. Everything was working for the Badgers.

“It all starts on the defensive end,” freshman Robert Johnson said. “When we give up easy buckets and things like that, that sparks the other teams’ runs. And we just can’t have that, especially coming into the second half.”

But it’s yet another Hoosiers loss that came down to defense.

As Crean diagnosed the reasons for the Badgers’ success, he mentioned the Badgers’ size advantage that allowed them to work inside — mainly from 7-foot national Player of the Year candidate Frank Kaminsky, 6-foot-8 Nigel Hayes and 6-foot-9 Sam Dekker, who combined scored 53 points, went 19-of-24 from the floor, 13-of-16 at the free throw line and just 2-of-3 on 3s. The work in the paint also led to four Bronson Koenig 3-pointers.

Size wasn’t the only issue, though. Crean mentioned that the Hoosiers’ man, zone and combination defenses simply weren’t effective against the Badgers. Crean said IU needs to do a better job of pressuring the ball on the perimeter and making it tougher for opponents to get the ball inside — just like the Badgers did on Tuesday.

The Hoosiers have learned that lesson the hard way.

“Tonight wasn’t enough,” junior Nick Zeisloft said. “We needed more on the defensive end and we just didn’t get that done.”

Indiana was without one of its leading scorer on Tuesday as freshman James Blackmon Jr. was sidelined with an ankle injury suffered late in Saturday’s win against Rutgers.

Blackmon did not practice with the team on Sunday or Monday but made the trip to Madison with his teammates and even participated in the Hoosiers’ walkthrough and pregame activities before the coaching staff made the decision to sideline him against the Badgers.

“He really wanted to play,” Crean said. “There’s no doubt about that. Just couldn’t do it. He just wasn’t able to put that pressure down. Long season, and we would have liked to had him. But the bottom line is he wasn’t available. So we’ve just moved on. But hopefully he’ll be able to rehab and heal at a good rate so he’s ready for our next one.”

In the 22 games he has played in this season, the 6-foot-3 Blackmon has started every one — leading the Hoosiers with 16.5 points and adding 5.2 rebounds in more than 30 minutes per game.

He was able to finish Saturday’s game against the Scarlet Knights, which led to the Badgers not even being aware before Tuesday’s game he was injured. Wisconsin coach Bo Ryan actually asked the media what Blackmon’s injury even was. Kaminsky said he had hoped to face the Hoosiers at full strength. That would have to come in the Big Ten tournament in March, however.

Blackmon’s rehabilitation will continue leading up to Sunday’s game against Michigan. For now, the Hoosiers are just hoping the freshman guard will be available for that game.

“He’s just got to continue to rehab it,” Crean said. “And we don’t play until Sunday, so I hope he’s back. We’ve done nothing with him the last couple days before today. He was able to finish the game on Saturday but it just got a little worse.”