On Friday at its December meeting at IU Southeast in New Albany, the Indiana University Board of Trustees approved the capital improvements project for renovations to Assembly Hall.

Plans to renovate IU’s basketball home, which opened in 1971, were announced last year after a $40 million dollar gift from Cindy Simon Skjodt. Since that time, the university has been in the planning stages for the renovations, which are slated to begin on April 1, 2015 and are scheduled to be completed by October 2016.

At the Board of Trustees meeting, a design summary for the renovations was presented with the following goals:

The scope of the south lobby addition will include:

Also listed in the presenation was a five-point renovation scope, including:

The plans also included several sketches and floor plans, which are included in a gallery below: 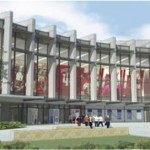 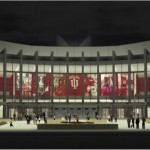 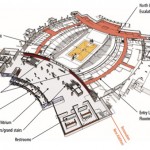 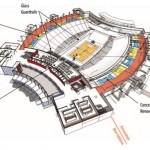 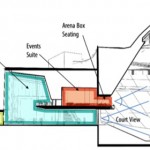 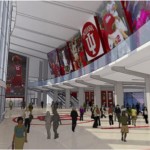 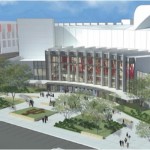