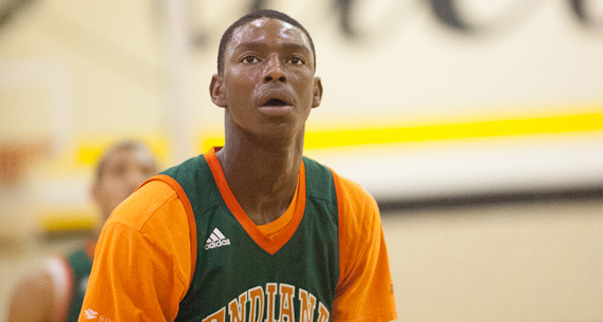 Class of 2015 La Lumiere guard and IU recruiting target Jalen Coleman announced his top six schools on Friday and the Hoosiers are on the list.

Coleman named Michigan, Indiana, Illinois, Notre Dame, UNLV and NC State as his finalists, in no particular order. The news was reported by Brian Snow of ScoutHoops.com.

The 6-foot-3 Coleman is rated the No. 30 player nationally by the 247Composite. He’s averaging 15.2 points per game and shot 50 percent from behind the 3-point line for All-Ohio Red in the Nike Elite Youth Basketball League. All-Ohio Red will play in July’s EYBL finals at the Peach Jam.

Indiana was the first school to offer Coleman a scholarship before he entered his freshman season at Cathedral in Indianapolis.