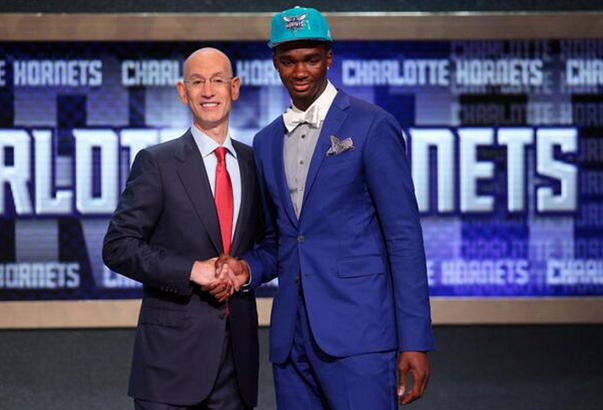 The Charlotte Hornets selected Indiana freshman Noah Vonleh with the 9th pick in the 2014 NBA draft this evening.

Vonleh was second Big Ten player selected in this year’s draft (Michigan’s Nik Stauskas went No. 8 to Sacramento) and his selection means that Indiana has had three lottery picks in the past two seasons.

He’ll join Cody Zeller, the No. 4 pick in last year’s draft and a second team All-Rookie selection this past season, in Charlotte.

Vonleh averaged 11.3 points and 9.0 rebounds per game last season and was named Big Ten freshman of the year for the Hoosiers, who finished 17-15 and missed the postseason.

Video of Vonleh’s selection is after the jump.