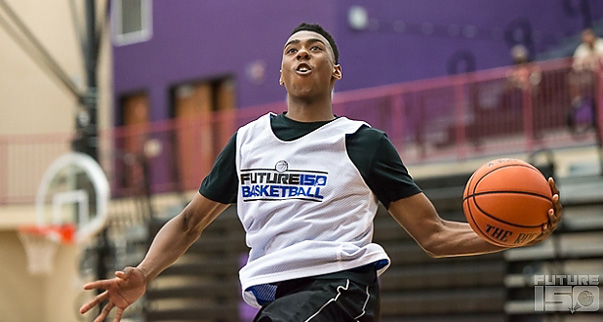 Only 15 days remain until coaches can hit the road recruiting in July, but the final days of June are typically a good time for schools to bring visitors to campus before the biggest evaluation periods of the year.

This year is no different in Bloomington as the Indiana coaching staff hosted a pair of class of 2016 visitors on Monday and will welcome another today.

Davis, who has early offers from Central Michigan and Toledo, is being evaluated by several Big Ten programs, including Indiana, Iowa, Michigan and Michigan State. Wilkins, who plays for Indiana Elite, is believed to be a major target for Purdue in its 2016 recruiting efforts.

Wright, a 6-foot-4 shooting guard, was included in the top 40 of Future150.com’s rankings for the class of 2016 and has offers from Mississippi State, Oklahoma State, Purdue and Western Kentucky. He’s also visited Louisville.

Exum says he would have played for Indiana

Australian phenom Dante Exum, who is expected to be a top five pick in Thursday’s NBA draft, only took one official visit when he was going through the recruiting process.

That trip was to Indiana back in January of 2013 for IU’s win over Minnesota. At the time, Exum had planned to attend college in the United States, but after breakout performances in the 2013 Nike Hoop Summit and the FIBA U19 World Championships, the Aussie emerged as a sure fire lottery pick on NBA draft boards.

Exum officially declared for the NBA draft back in January, but in a column published Wednesday on ESPN.com, it was revealed that he would have attended IU had he chosen to go to college:

Exum finished his high school career in Australia, graduating in December while weighing his options: to realize his dream of playing college basketball or to go directly to the NBA. He trimmed his list to five schools: Indiana, Kentucky, North Carolina, Michigan and Oregon. Cecil says that Kentucky’s John Calipari even threw out the possibility of Dante joining Kentucky for the second semester of the season and jumping right into the fire.

“He would have been at a major disadvantage,” Cecil said. “Behind the eight-ball. I shot that down and told the other schools that was not an option.”

Dante maintains that he would have chosen to play for Tom Crean at Indiana, the lone school he actually visited, if he had opted to go the college route.

Indiana’s Noah Vonleh was among four Big Ten players invited to attend Thursday’s draft at the Barclays Center, the NBA announced on Monday.

Vonleh, the Big Ten freshman of the year, was invited to attend along with Big Ten player of the year Nik Stauksas of Michigan and Adreian Payne and Gary Harris of Michigan State.