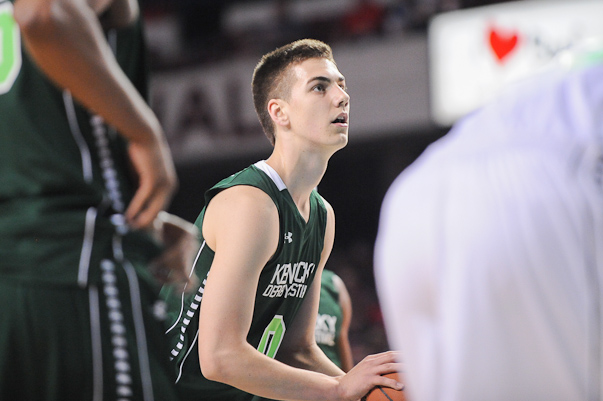 Class of 2014 Indiana signee Max Hoetzel played against a nationally competitive schedule this past season at Wilbraham and Monson Academy (Mass.) and put up numbers impressive numbers: 16 points, eight rebounds and close to four assists per game, according to Titans coach Chris Sparks.

“He’s made significant progress for us,” Sparks told Inside the Hall in April. “And I think that’s one of the things with the league that we play in. Every team that we play is going to have kids that are going to compete at the Division I, high major, mid-major, low major level. I think it was a good test for him night in and night out and I think it was a big adjustment early on.

“The pace, the speed of the game and the size and strength of some of the guys compared to where he came from. Not to take anything away from his local high school, but I think midway through the year, he started to get it. He made significant strides, was a huge contributor for us and really led to our success in the league.”

We’ve compiled more than two minutes of Hoetzel, who will arrive on campus later this month, from his senior season at Wilbraham and Monson Academy, which is available after the jump.