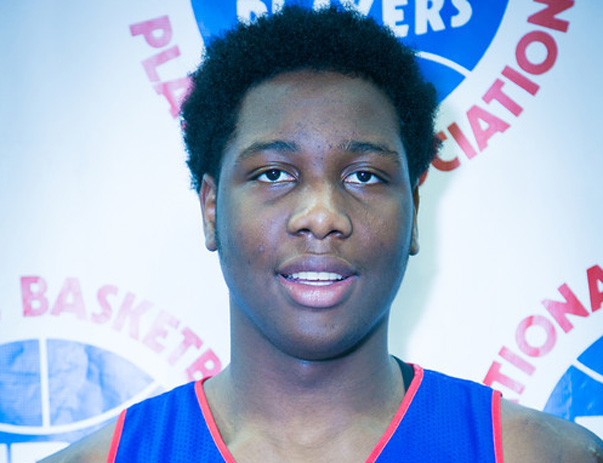 FORT WAYNE, Ind. — Class of 2016 Homestead center Caleb Swanigan is one of the most sought after big men in the country.

At the first EYBL session, Swanigan averaged 17.2 points and 11.5 rebounds per game and his play in Sacramento has resulted in new offers and interest from across the country.

Inside the Hall caught up with Swanigan following a pool play game at last weekend’s Hensley Memorial Run-N-Slam to get his thoughts on the transformation of his body over the last year, the new schools that have entered his recruitment and much much. Our full Q & A is below:

On the most recent schools to offer a scholarship:

Notre Dame, Louisville, Cal, a lot of other schools. UCLA and just many more schools that have put in offers this week.

On the feedback he’s received from schools since the first EYBL session in Sacramento:

On the major factors he’ll consider when choosing a school:

On where he’s looking to expand his game this spring and summer:

Just getting into shape. I’ve lost about 15 pounds since the (high school) season ended. I’m just continuing to get into shape and doing things the way I’ve been doing them.

On how he’s transformed his body over the last year:

Just eating healthy and just working out. It’s every day. It’s just a grind every day. Once you get your body right, you see the results.

On Indiana’s scholarship offer and what their message has been:

It’s just big for an in-state college to offer you. With Indiana dropping into the mix, just hearing from Tom Crean and those guys. I’m excited to see James there next year and see how he likes it and I’ll talk to him.

On where things stand with Purdue:

Purdue has not offered yet, but they’ve told me they are interested in recruiting me since eighth grade.

On where things stand with Ohio State:

Ohio State has not offered either. They’ve recruiting me off and on, but I’m not sure where that stands.

On playing up a year in AAU:

I played up last year with Trey and James and those guys. It would feel different playing in my own age group.

On how losing weight has helped his game:

It’s helped every aspect of my game. Once you get fatigued, you start playing tired. But if you never get fatigued, you can play at your highest level. Just getting stronger and being able to jump higher, stuff like that improves everything in your game.

On the specific areas of his game he wants to work on this spring and summer:

My explosiveness and just my cardio and my endurance. I just want to be able to go over and over and have a good motor.