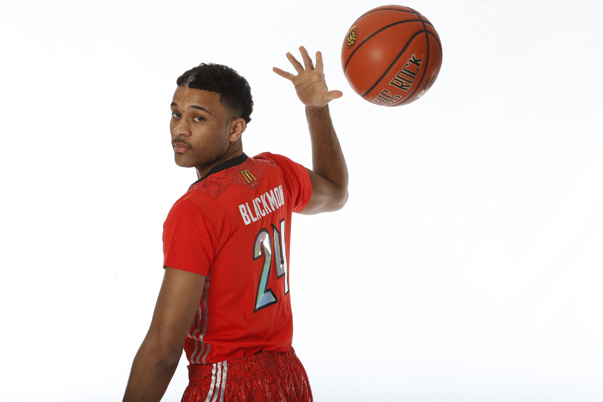 With the spring signing period underway and several key NBA Draft decisions out of the way, it’s time for our first look at who’s coming and going in the Big Ten for the 2014-2015 season.

Notes: The Illini will return all five starters and also add a top 100 recruit in Black and three transfers who are capable of making an impact. If you’re looking for a sleeper team next season in the Big Ten, Illinois may fit the bill.

Notes: The Hoosiers were hit by a midseason transfer (Luke Fischer) and then had Etherington and Hollowell leave after the season. Throw in the early departure of Vonleh, a likely lottery pick and IU still has three open scholarships. Blackmon Jr.’s arrival means that IU has a McDonald’s All-American for four straight years.

Notes: The loss of Marble is a big one, but Iowa still returns a solid chunk of its rotation from a team that finally broke through and made the NCAA tournament despite a near collapse to finish the season.

Notes: The Spartans lose their three best players, but will return Branden Dawson and Denzel Valentine to pair with other role players who gained plenty of experience given the team’s injury woes last season.

Notes: The losses of Stauskas and Robinson are obviously big and Horford’s decision to leave could also leave the Wolverines with a hole in the middle if Mitch McGary decides to enter the NBA draft.

Notes: The Gophers add four recruits, highlighted by Morris, a junior college guard who will likely fill in for Hollins. With DeAndre Mathieu and Andre Hollins back, along with Elliott Eliason and Maurice Walker up front, the Gophers should be solid once again.

Notes: With the Huskers, it’s more about who is coming back rather than who is coming in. After being picked to finish last in the Big Ten this past season, Nebraska returns its two most important players in Terran Petteway and Shavon Shields.

Notes: After playing his rookie season as a head coach with a depleted roster, Chris Collins welcomes five recruits to Evanston, highlighted by Law, who is from Chicago and McIntosh, an Indiana All-Star.

Notes: The Buckeyes lose their top three scorers, but add a trip of 247Composite Top 100 recruits and Lee, a graduate transfer from Temple. Ohio State also added Trevor Thompson from Virginia Tech, who may apply for a waiver to become eligible immediately.

Notes: Frazier is obviously a major loss and Pat Chambers continues to face an uphill battle to bring talent to Penn State as evidence by his 2014 group, which 247Sports ranks 11th best in the conference.

Notes: Like Indiana, Purdue has a good amount of roster turnover, but the biggest domino still out there to fall for the Boilermakers is A.J. Hammons and whether he’ll put his name in the NBA draft.

Notes: The Scarlet Knights couldn’t sniff the top half of the American Athletic Conference and their debut season in the Big Ten could be ugly.

Notes: Bo Ryan returns everyone from a Final Four team besides Brust, which makes the Badgers the early favorite to win the 2015 Big Ten championship.