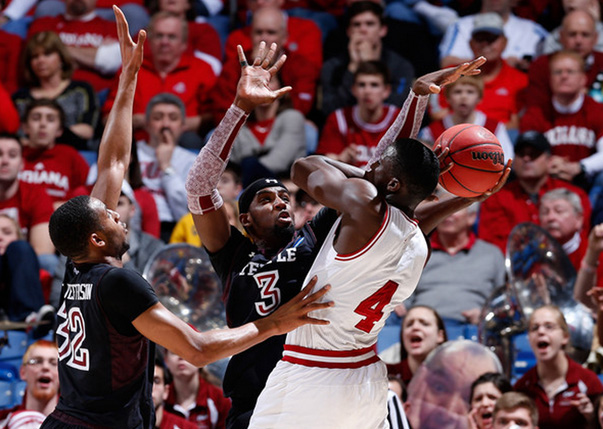 Temple transfer Anthony Lee will play in the Big Ten next season as the former Owl picked Ohio State over a list of suitors that included Indiana, Iowa State, Kansas, Louisville and Notre Dame.

“Anthony Lee is an Ohio State Buckeye!,” Lee’s father, Anthony Sr., told Inside the Hall in a text message.

The news was first reported by Jeff Goodman of ESPN.com.

Indiana and Notre Dame both visited Lee on Wednesday at Temple before he departed on Thursday for an official visit to Ohio State.

Lee joins an Ohio State frontcourt that will also include seniors Amir Williams and Trey McDonald.

As recently as Thursday, Lee’s father told Inside the Hall that he “planned to take other visits.”

In his redshirt junior year at Temple, Lee led the American Athletic Conference with 8.6 rebounds per game while adding 13.6 points per game.

Buckeye Nation! Too blessed, been thru 2 much an Coach Matta and the Buckeye family knows what I need for this last year. Blessed! !!!