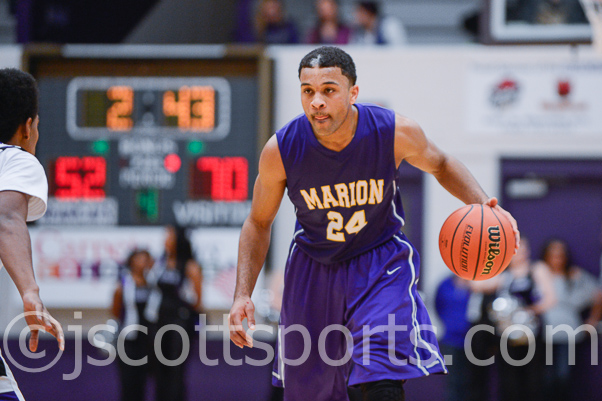 Future Indiana guard James Blackmon Jr. scored 53 in a pair of wins for Marion over the weekend, continuing his rise up the state’s all-time scoring list.

On Friday, Blackmon Jr. scored 24 in a comfortable 80-62 win at Muncie Central and he followed that up with 29 points in an 82-54 blowout victory over Fort Wayne Wayne on Saturday night. 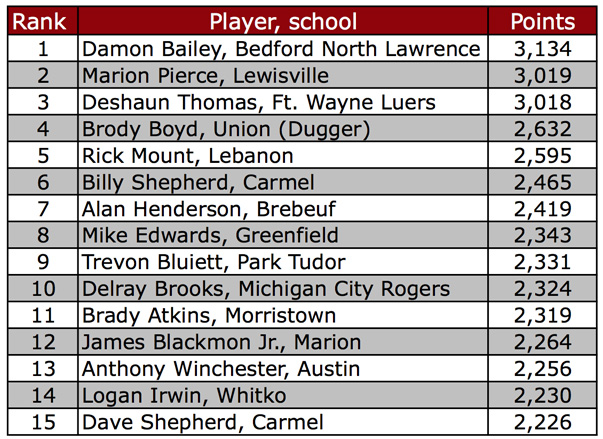 With two regular season games remaining, the future Indiana guard needs 67 points to move past Brady Atkins and Delray Brooks and break into the top ten on the list .

Blackmon Jr. is averaging 33.6 points per game this season. Marion wraps up its regular season with games against Fort Wayne South and Fort Wayne Snider.

If they advance, they would face host Kokomo on Friday, Mar. 7.

· Class of 2016 Gill St. Bernard’s (N.J.) guard Tyus Battle scored 30 points in a 77-58 win over Ridge in the semifinals of the Somerset County Tournament on Saturday, Feb. 22. Battle has visited Indiana twice unofficially and is considered a top target in the sophomore class.

· Class of 2015 center Daniel Giddens, who has Indiana among his final six schools, scored 14 points on Saturday, Feb. 22 as Wheeler (Ga.) beat Peachtree Ridge, 85-54, in a Class AAAAAA playoff game.

· Class of 2015 center Doral Moore had 15 points and six blocks as Luella (Ga.) beat Campbell, 75-73, in the opening round of the Class AAAAAA playoffs.