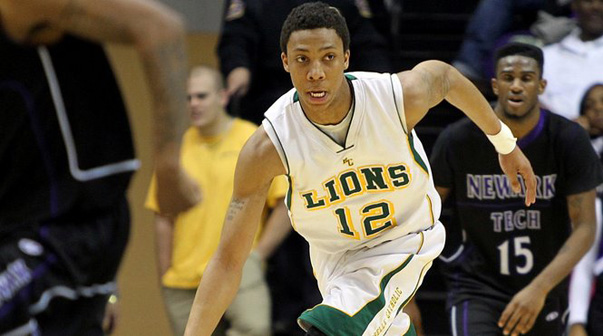 Class of 2015 Trenton Catholic (N.J.) wing Malachi Richardson is headed to the ACC.

The 6-foot-6, 191-pound five-star prospect announced his decision to attend Syracuse at his school on Friday afternoon.

Richardson is rated the No. 16 player nationally in his class according to the 247Composite. He also considered Arizona, Connecticut, Indiana, Rutgers and Villanova.

Indiana recruited Richardson diligently for more than a year and offered him a scholarship last December. He visited Bloomington twice for unofficial visits including most recently for Hoosier Hysteria in early October.

Syracuse, however, picked up major momentum in recent months and most projections had him picking the Orange following his visit for their 69-52 win over Indiana on Dec. 3.

Connecticut was another school that recruited Richardson hard as the Huskies hosted him for their opening practice on Oct. 19.

As a sophomore, Richardson helped lead Roselle Catholic to the NJSIAA Non-Public B championship and the 2013 NJSIAA Tournament of Champions title.

Richardson is the second commitment for Syracuse in the 2015 class, joining New Hampton prep forward Tyler Lydon, a four-star prospect.