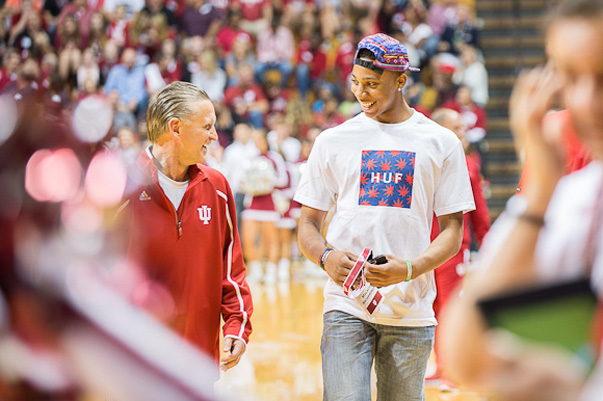 As first reported by Justin Albers of AllHoosiers.com last week, Richardson confirmed his plans for a Friday announcement earlier this afternoon on Twitter.

“I will be making my college decision Friday at 2:30 at Trenton Catholic,” Richardson said on Twitter.

The 6-foot-6, 191 pound wing, rated the No. 16 prospect nationally by the 247Composite, is considering Arizona, Connecticut, Indiana, Syracuse, Rutgers and Villanova.

His most recent visit was an unofficial trip to Syracuse for the Orange’s Big Ten/ACC Challenge win over Indiana on Dec. 3.

Richardson has taken two unofficial visits to Bloomington. The first was in late August and the second was for Hoosier Hysteria in early October.

In July’s EYBL Finals at the Peach Jam, Richardson averaged 15.9 points over seven games and helped lead Team Final to the event’s semifinals.