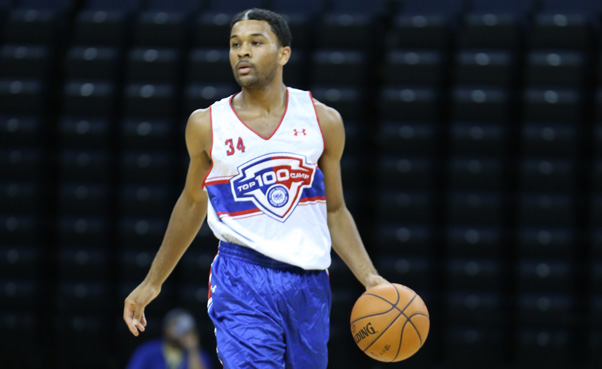 Announcing his decision Thursday evening live on ESPNU during halftime of the Louisiana-Monroe/Troy football game, Blackmon chose the Hoosiers over Kentucky and Michigan and became Indiana’s second commitment of the week.

“This was where my heart was,” Blackmon said. “I couldn’t imagine myself not playing for the fans of Indiana basketball.”

Blackmon, a 6-foot-2 guard ranked No. 31 in the 2014 class by the 247Composite, had been committed to Indiana since his freshman year of high school until he decommitted on Aug. 8. Since then, he had picked up significant interest from schools including Michigan, Kentucky, Michigan State and Kansas, though Indiana continued to recruit him.

Heading into his decision Thursday night, Kentucky had been considered the favorite, though throughout the day on Thursday, rumors continued to grow that Blackmon could choose Indiana. After all, Indiana had received Blackmon’s final visit: a one-day unofficial trip to Bloomington last Friday.

Blackmon cited Indiana’s diligence in recruiting him and finding the right fit as major factors in his decision.

“The way coach (Tom) Crean recruited me as a main priority and just the way that I see myself impacting the program,” he said. “Keeping Indiana back on top, I think I can get them back on top and where they need to be.”

Blackmon also becomes the Hoosiers’ highest-rated recruit of the class.