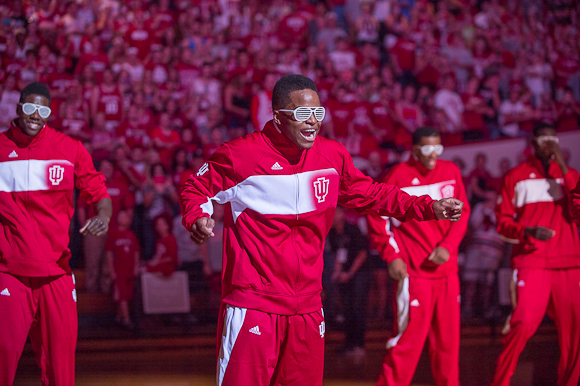 Indiana sophomore Yogi Ferrell has been named to the 45-player watch list for the 2014 Cousy Award, which is awarded annually to the top point guard in college basketball.

Ferrell is joined by Michigan State’s Keith Appling, Ohio State’s Aaron Craft and Penn State’s Tim Frazier as the four Big Ten players on the list, which was announced by the Naismith Memorial Basketball Hall of Fame committee earlier today.

As a freshman, Ferrell started all 36 games for the Big Ten champion Hoosiers and averaged 7.6 points, 4.1 assists and 2.8 rebounds per game.

According to a press release, the watch list of candidates will be narrowed down to a final 20 in early February and then to a final five by early March.

The complete watch list is available after the jump.