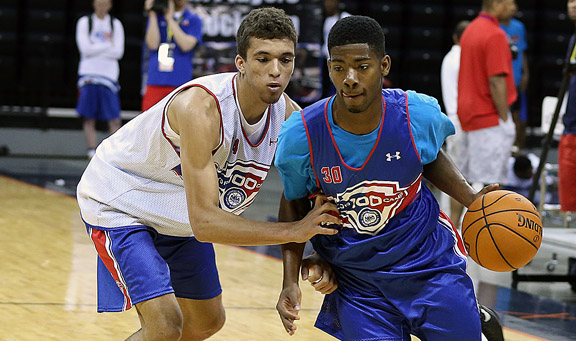 Class of 2014 guard Robert Johnson is off the board.

The 6-foot-3 combo guard from Benedictine College Preparatory in Richmond, Virginia, announced that he’ll attend Indiana in a ceremony this afternoon in his school’s library.

Inside the Hall will have more on this developing story, including reaction from Johnson, his father and his high school coach.