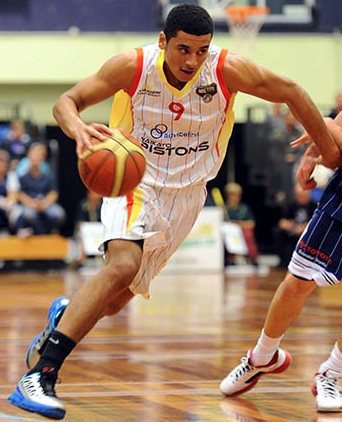 With the official start of practice less than five weeks away, Inside the Hall and UM Hoops have partnered to bring you a preseason breakdown of the top 25 players in the Big Ten for the 2013-2014 season.

Our selection process involved much deliberation to arrive at a list that we hope will provide plenty of reaction and debate. The series will be broken into five parts and our first installment of players 25-21 is available below:

You might not know the name, but Webster (pictured), a 6-foot-4 guard from New Zealand, is one of the more talented newcomers in the league. Webster averaged 13.5 points per game in the 2012 Olympic Qualifiers for New Zealand at just 17 years of age and should start for Nebraska at point guard. Nebraska opens a new arena this season and Webster could be the face of Tim Miles’ rebuilding project. Webster had offers from Pitt, St. Mary’s, Virginia and LSU and while he probably won’t turn the Cornhuskers into contenders this season, he will certainly be an upgrade. ESPN international expert Fran Fraschilla speaks highly of him and argues he’s the equivalent of a top-25 recruit. “This is a definite coup for the Huskers,” Fraschilla told the Journal Star. “I’d be shocked if there were 25 better 17-year-old players in the States than this kid.”

Johnson was voted to the All-Big Ten third team by the coaches last season and he led the Boilermakers in scoring while posting career bests in three-point and free throw shooting. That said, he’s still a rather inefficient combo guard. He got to the line less often as a junior and his two-point percentage plummeted as he took on a bigger role in the Purdue backcourt. He shot just 42 percent inside the arc and attempted just 25 free throws per 100 field goal attempts, well below his 40 percent free throw rate as a sophomore. Johnson will look on to lead as a senior and get the most out of his underclassmen teammates Ronnie Johnson, Rapheal Davis and A.J. Hammons, all of whom had growing years last season.

Scott was the best setup man in the Big Ten (on a per-possession basis) not named Trey Burke last season and even without his primary target – Deshaun Thomas – on the roster, he’s a player to watch. Aaron Craft has a reputation as one of the best defenders in the country but Scott makes plays on both sides of the ball. More than just a passer, Scott actually topped Craft and Victor Oladipo to lead the Big Ten in steal rate last season. That’s impressive considering one player was the No. 2 pick in the NBA Draft and the other has been considered one of the best perimeter defenders in the country for the last couple of seasons. Scott has the raw ability to jump up this list but will have to improve his scoring efficiency as he shot just 43 percent inside the arc and 33 percent on 33 attempts from beyond the arc last season.

Freshmen need talent and opportunity to excel in their first season. Irvin has both. Indiana’s Mr. Basketball is a legitimate scorer and he could step into Tim Hardaway Jr.’s shoes (and shots) from day one. Irvin can create his own shot off the dribble and is also a smooth jump shooter off the catch. John Beilein knows how to get his players shots and if Irvin makes his share he could have a real shot at being one of the top freshmen in the Big Ten. Irvin is a perfect fit for the wing position in Beilein’s offense and Michigan’s head man has shown no hesitation to throw freshmen into the fire. At least one Wolverine has been represented on the All-Big Ten Freshman team in each of the last three seasons (Tim Hardaway Jr., Trey Burke and Glenn Robinson III).

Smith has started the last two seasons for the Buckeyes and should be in line for an increased offensive role thanks to the departure of Deshaun Thomas. Smith was Ohio State’s primary perimeter shooting threat last season, going 49-of-131 from long range, but he also is a great rebounding guard. He posted a defensive rebounding rate of 15.3 percent, top-25 in the conference and better than any player 6-foot-4 or shorter. A lot of the offseason talk will surround Ohio State’s frontcourt players and Aaron Craft but Smith is as reliable as it gets for a do-everything off guard in the conference.