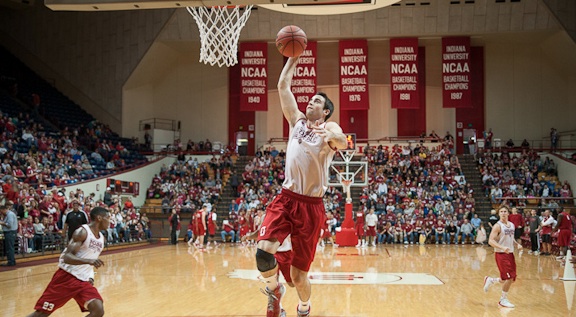 Hoosier Hysteria, Indiana’s annual opening practice that officially tips off the season, has a date for this fall.

Tom Crean announced Thursday night on his Twitter account that the 2013 version of Hysteria will be held on Friday, October 4.

Indiana football will open Big Ten play on Saturday, October 5 at Memorial Stadium against Penn State and it will also be Hall of Fame weekend for the athletic department.

“Save The Date! HOOSIER HYSTERIA will be October 4th,” Crean said on Twitter. “HoF weekend and Indiana vs Penn State in Football. It will be a festive weekend!”

A change in NCAA rules that went into effect this season will allow schools to begin practice six weeks before their opening game.

That means Indiana could begin practice as early as Friday, September 27 if the Hoosiers open the season on the second Friday night in November as they have the past four seasons.